Back to school is such a fun and exciting time. School supplies, school clothes, new friends, new teacher, but it can also be a stressful time—not just for mom sending her kiddos off for the day but for the kids too. My son is diagnosed with autism, and although he thrives in a structured setting like school, sometimes there are moments during the day when he just can’t keep it together. 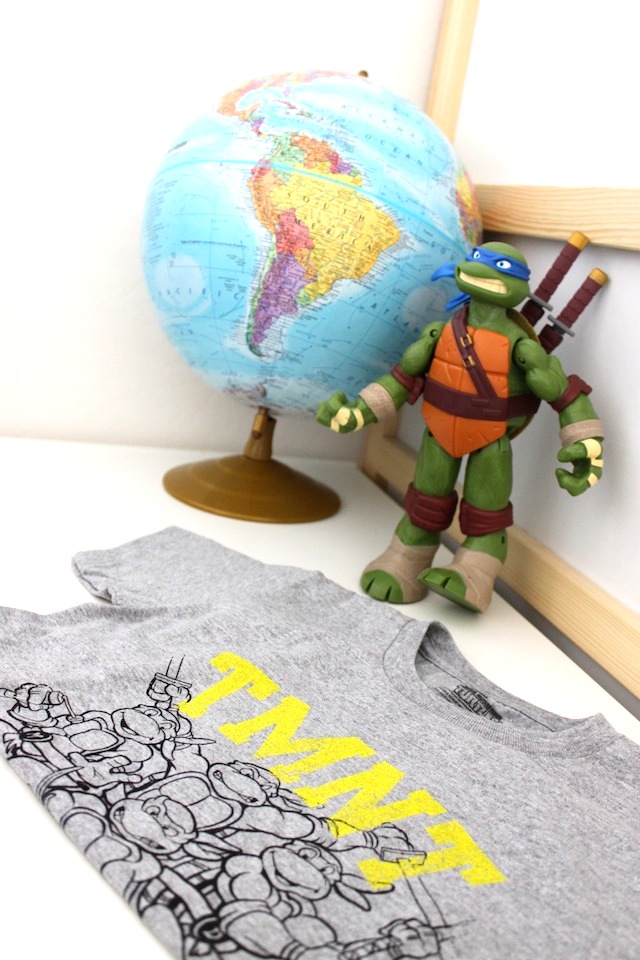 One of the big things we are working on this year is finding his inner strength—keeping it together during those moments of stress and finding something he can relate to, to guide him and to use as his inspiration. He received a Teenage Mutant Ninja Turtle for his birthday, which at first got pushed aside—sometimes he has a hard time with make-believe. 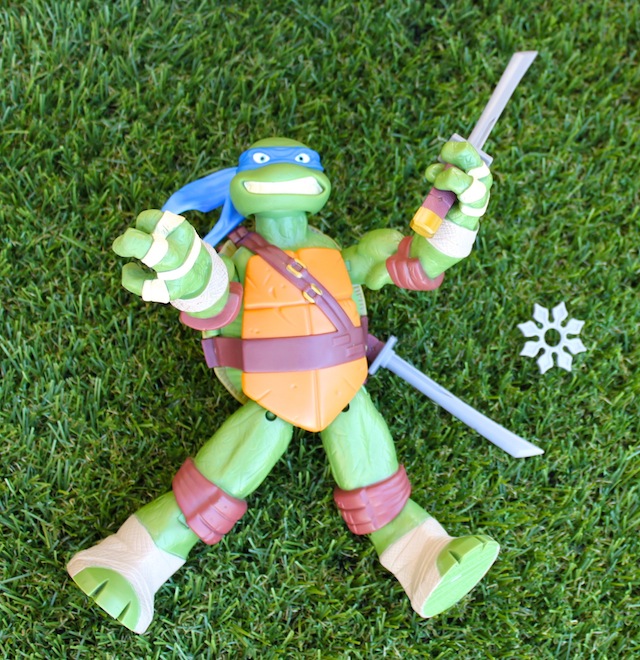 I told him that Leonardo is a devoted, tactical, courageous leader. He is the most authoritative of the Turtles. I also explained that Leonardo was named after Leonardo da Vinci, someone my son really likes to study and admires. Once I read to him about all of the AWESOME qualities that Leonardo possesses, along with all of the other TMNT, it clicked. He understood. He took this abstract thought and was able to make it something concrete that he could understand and relate to. Leonardo now had purpose and meaning.

We talked about when he gets anxious at school, or in other situations, to think about the TMNT and how courageous and strong they are. What would Leonardo do? We are teaching him to think before he reacts. He seems to get it. When we were shopping at Target for some back-to-school clothes, he immediately ran over to this TMNT t-shirt and shorts and wanted it for school. So I laid it out for him to wear, alongside Leonardo, as a reminder of the things we talked about. 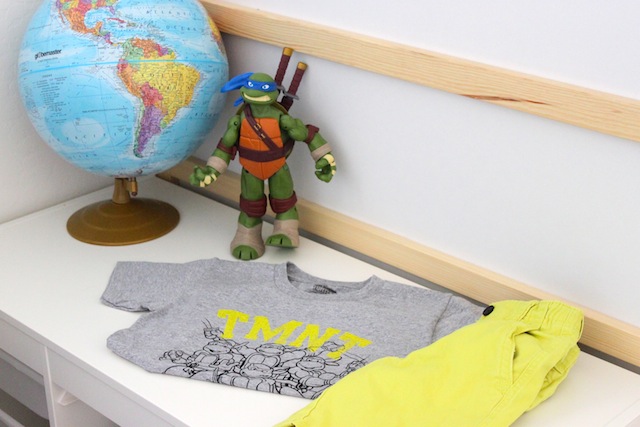 Once he was dressed and ready, I made sure he had some quiet time before school to play with Leonardo and think about how he can be just as courageous as the Teenage Mutant Ninja Turtles. 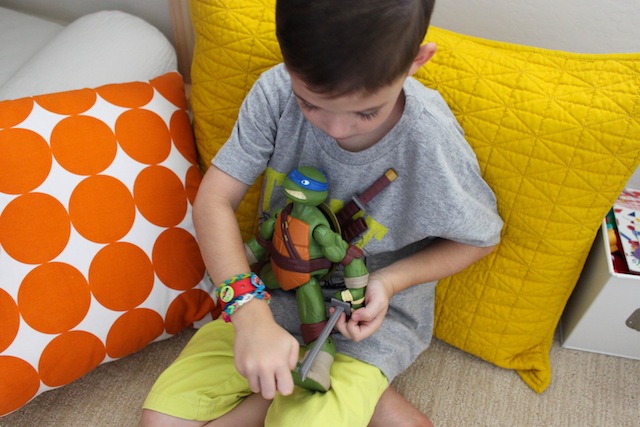 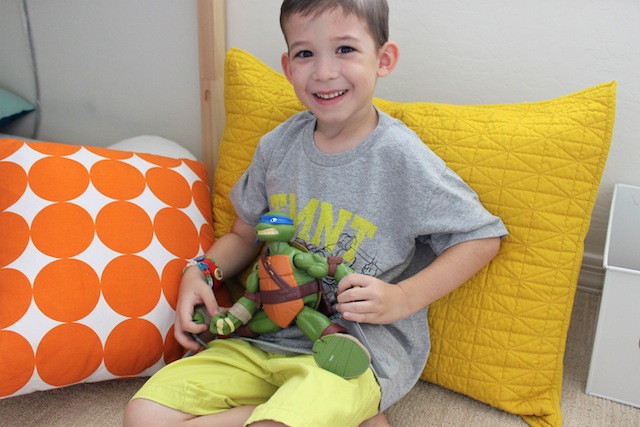 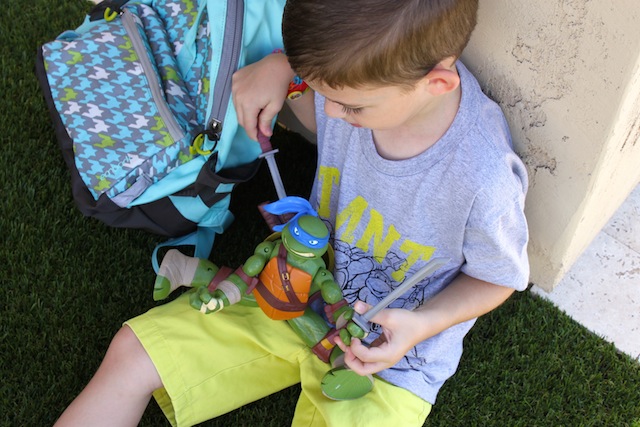 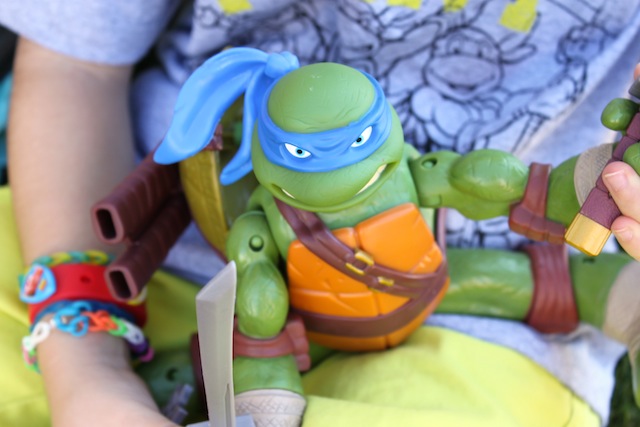 After a few minutes of playing, he stood up, grabbed his backpack and said, “Mom, I’m ready,” with a big smile on his face. I have to agree, I also think he is ready. 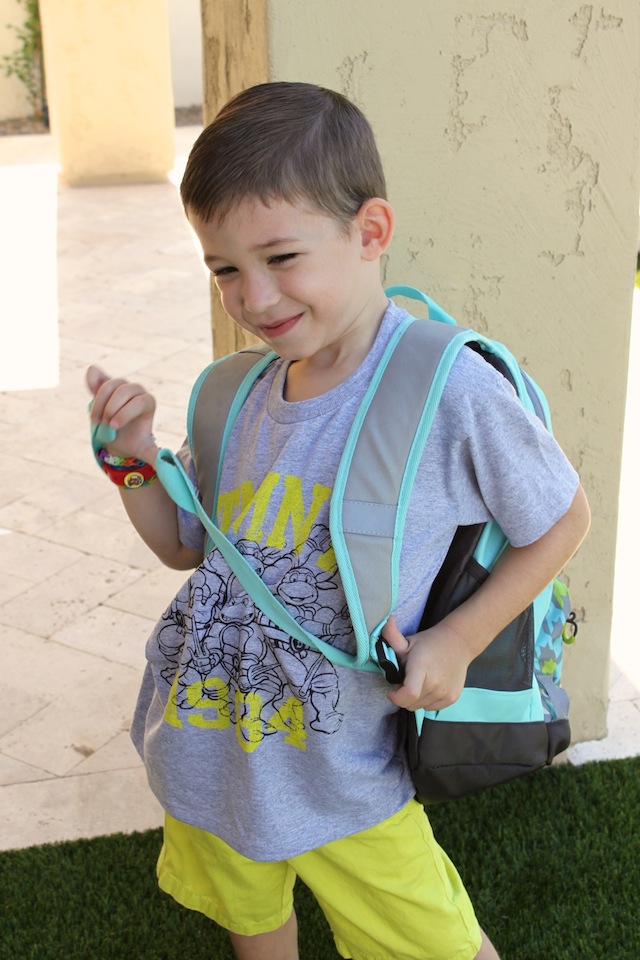 Having characters like the TMNTs really helped me to engage in a more meaningful way with my little guy. Plus, knowing there is a lesson that we were both able to walk away with is priceless.

Check back in with us next week for a TMNT Back to School Party that we will be hosting so he can share his favorite TMNT characters with his friends!

This post is sponsored by Target. More Turtles, More Bold and Daring Fun: Blur the lines of fantasy and reality with your favorite Teenage Mutant Ninja Turtles at Target.

View all articles by Rebecca Propes