You may remember my post last month about designing a nursery for twins, and I want to elaborate on one of the trickiest parts of a twin nursery—finding the right glider for twins. I’ve been working with a couple in New York that found out they are having twins, and they needed help navigating the differences they would need to account for when designing their nursery.

Finding a glider for twins can be a lot harder than it sounds, mainly because it requires that you think about how you’re going to feed them. Breastfeed? Bottle feed? Both at the same time? Individually? Feeding twins is a big challenge, and one that you sometimes just can’t plan for since babies tend to have a mind of their own! Here are some glider suggestions and ideas that might help make the decision just a bit easier.

The first glider we looked at was the Tuba Extra Wide Swivel Glider from Babyletto. Most standard gliders have around a 21″ seat width, which is comfortable for most adults and allows room to feed a baby. But two babies? That’s another story. The Tuba has an extra wide seat width, at 26″, which doesn’t sound like a lot, but it really makes a difference. Elbow support is also very important for feeding twins, especially at the same time, so the wide and rounded arms on this glider are perfect. 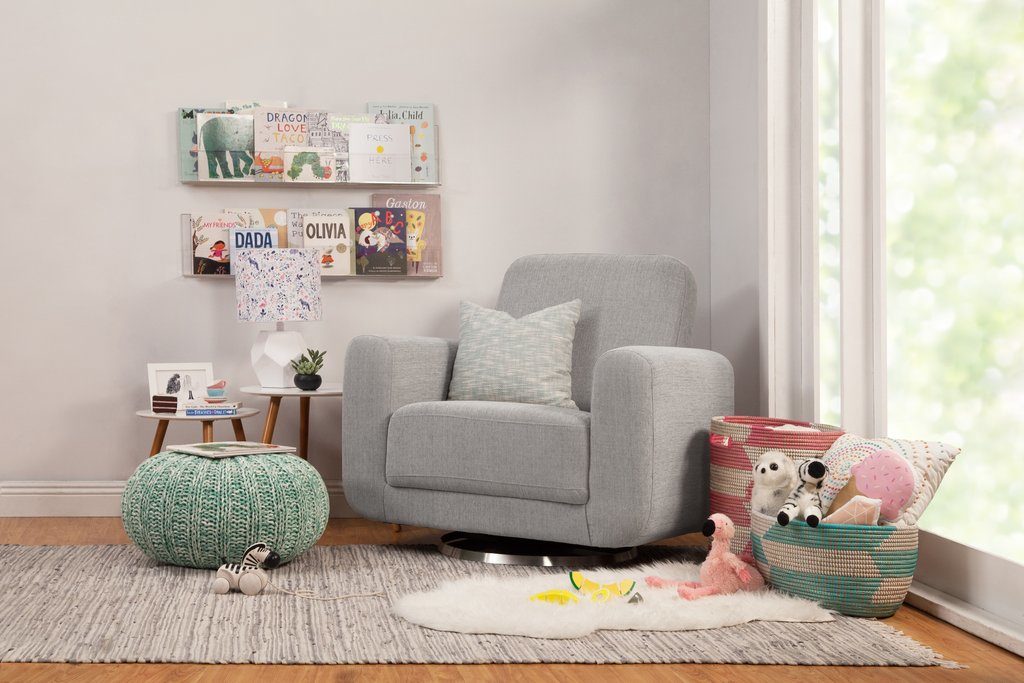 Along those same lines is the Urban Swivel Chair from West Elm. This one has a wider seat width and nice wide arms for elbow support. I also love the clean modern design, as well as the variety of fabric options. 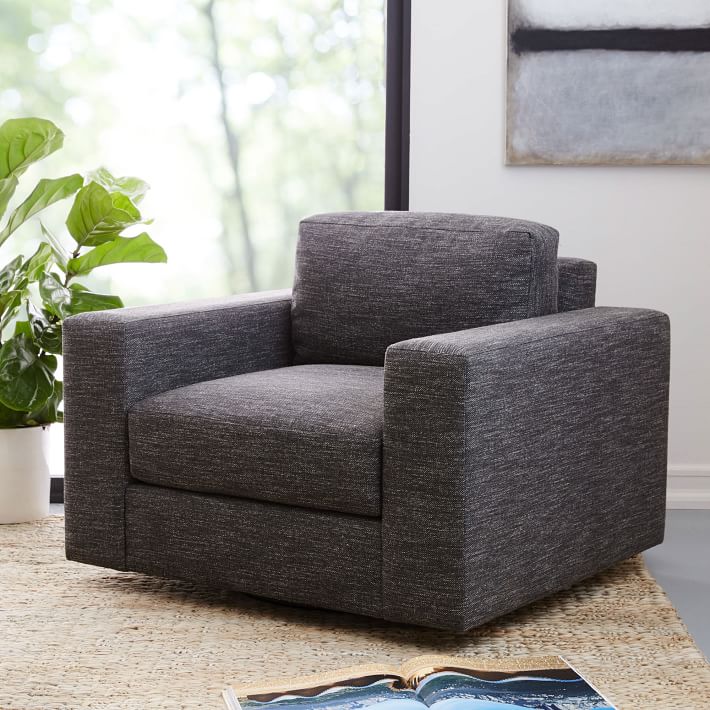 In the nursery below, my client wanted an Eames chair instead of a typical nursery glider. What’s great about the Eames Lounger is that it’s nice and wide and again has great elbow support. Most of the Eames replicas come in leather or faux leather, which also makes them very easy to clean. 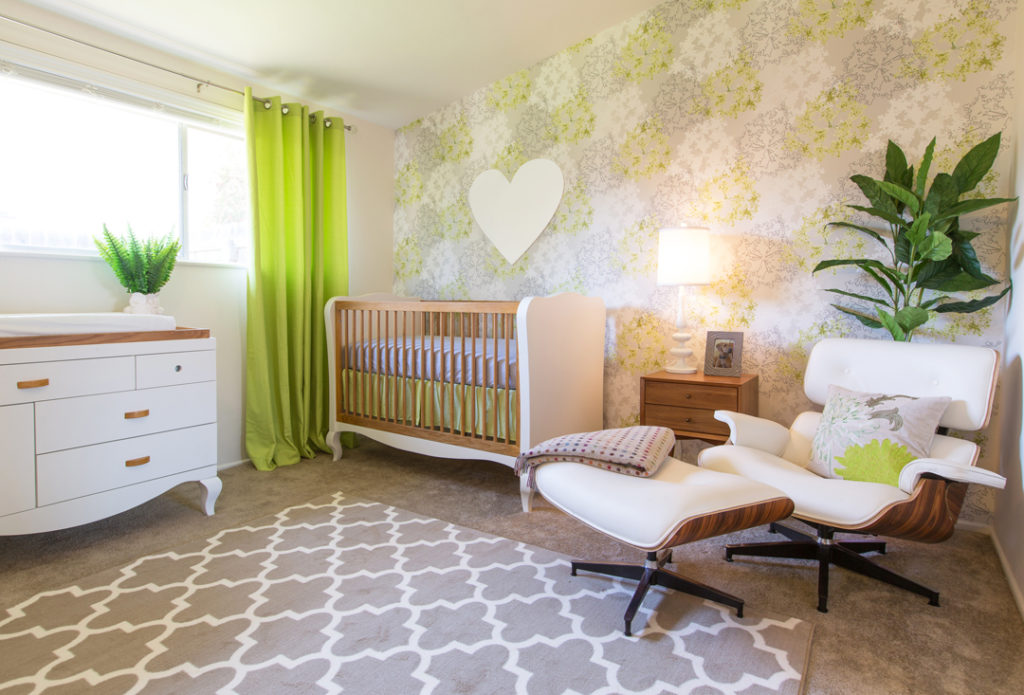 Of course, if you have the space, a double-wide chair or glider will provide lots of space for feeding twins. Since it can be an arduous process, having space to move and readjust your position can be a lifesaver. 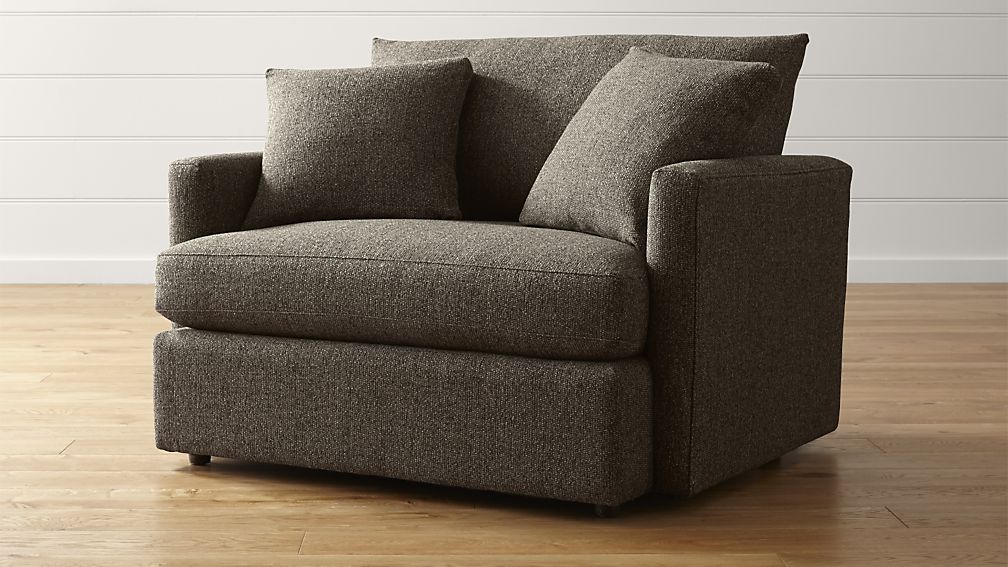 If you just don’t have the space for a wide glider or a double-wide, you can always use your living room sofa to get the job done.