Tori Spelling welcomed her fifth baby earlier this year—a little boy named Beau. We’ve seen some of her past nurseries (here’s Finn’s), so we were excited to see what she’d do differently this time. She opted for a bold emerald and navy with gold accents color scheme inspired by the stone malachite. We were super excited to spot our Project Nursery Baby Monitor on the dresser too! Tori shared some of her thoughts about the space below too. Let’s take a tour, shall we? 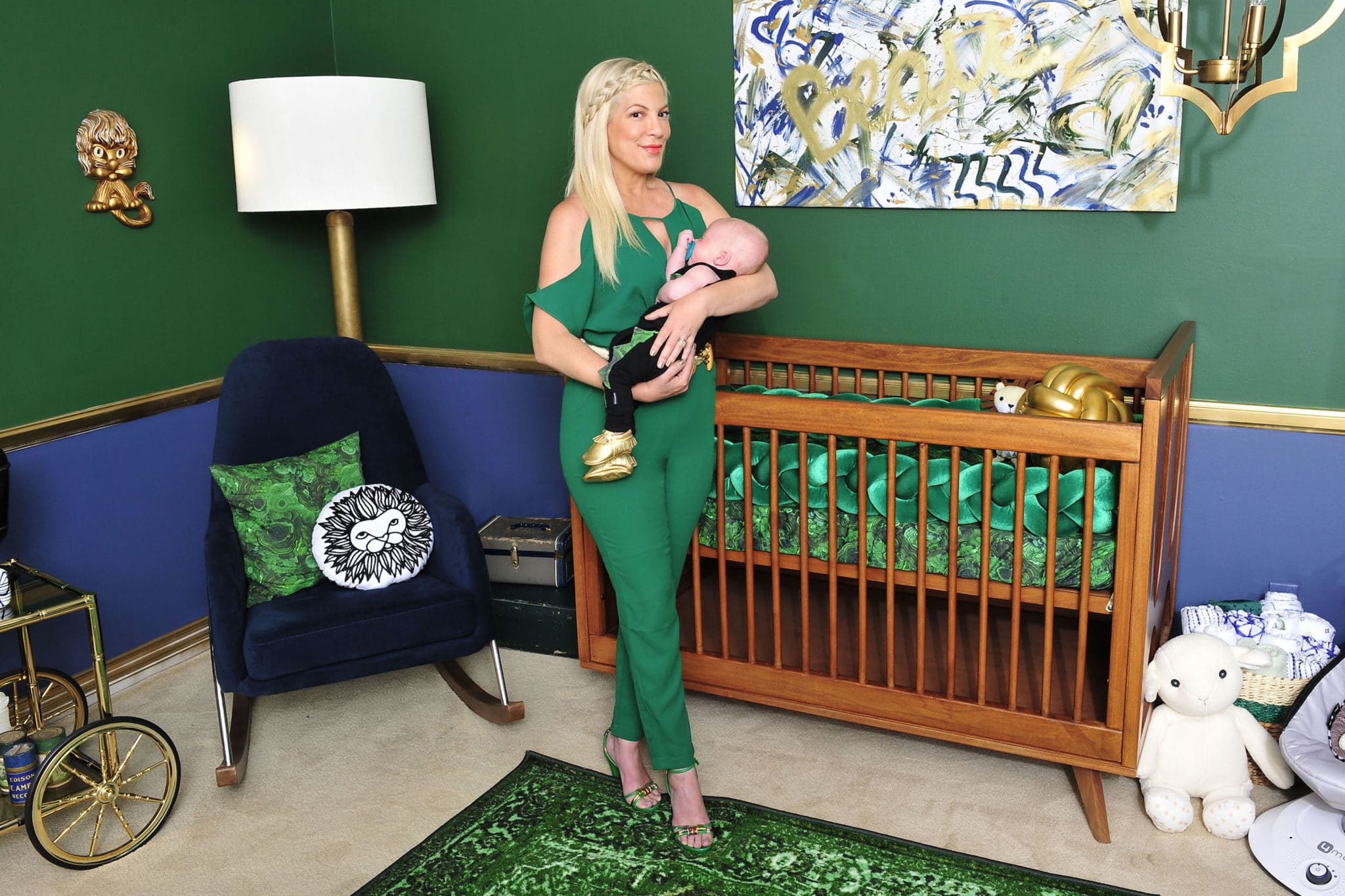 “The room was originally inspired by my love of the stone Malachite. I’m a big fan of the ‘modage’ look (modern and vintage mixed). Malachite is a stone that has always inspired my creative and positive energy, and I wanted to share that with my son. After decorating four nurseries before Beau, I was inspired to do an ‘anti-nursery’ vibe and decor. Even when I was pregnant with Beau, I felt he was an old soul. Very wise little man. I wanted a nursery for him that felt chic and elevated. Taking nursery to the next level.” 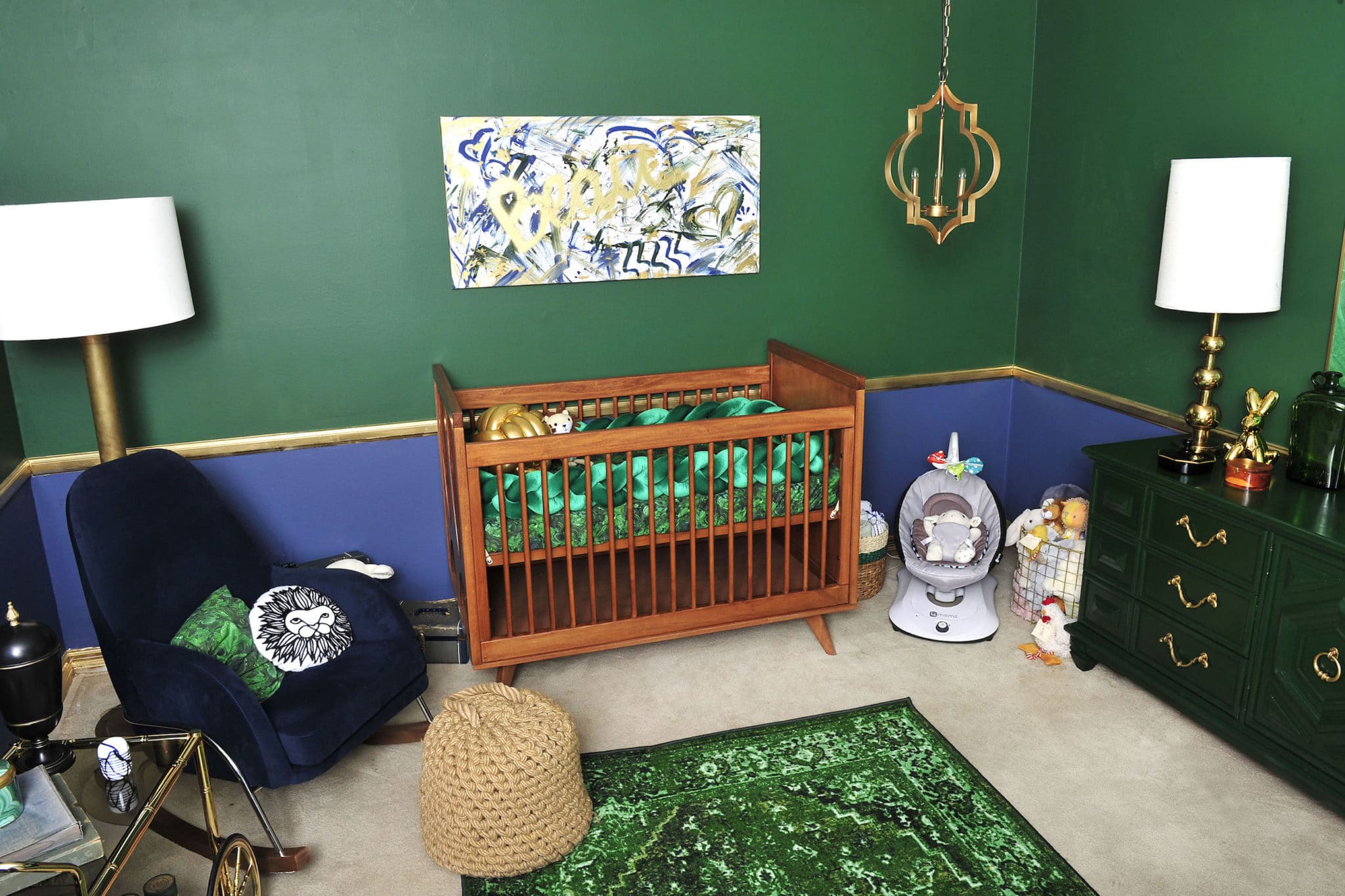 “I love mixing antiques with modern pieces and practical baby necessities. I wanted a mid-century modern feel for Beau’s nursery. I mixed antique finds from LA, Portland (where my brother and his family live), and Palm Springs.” 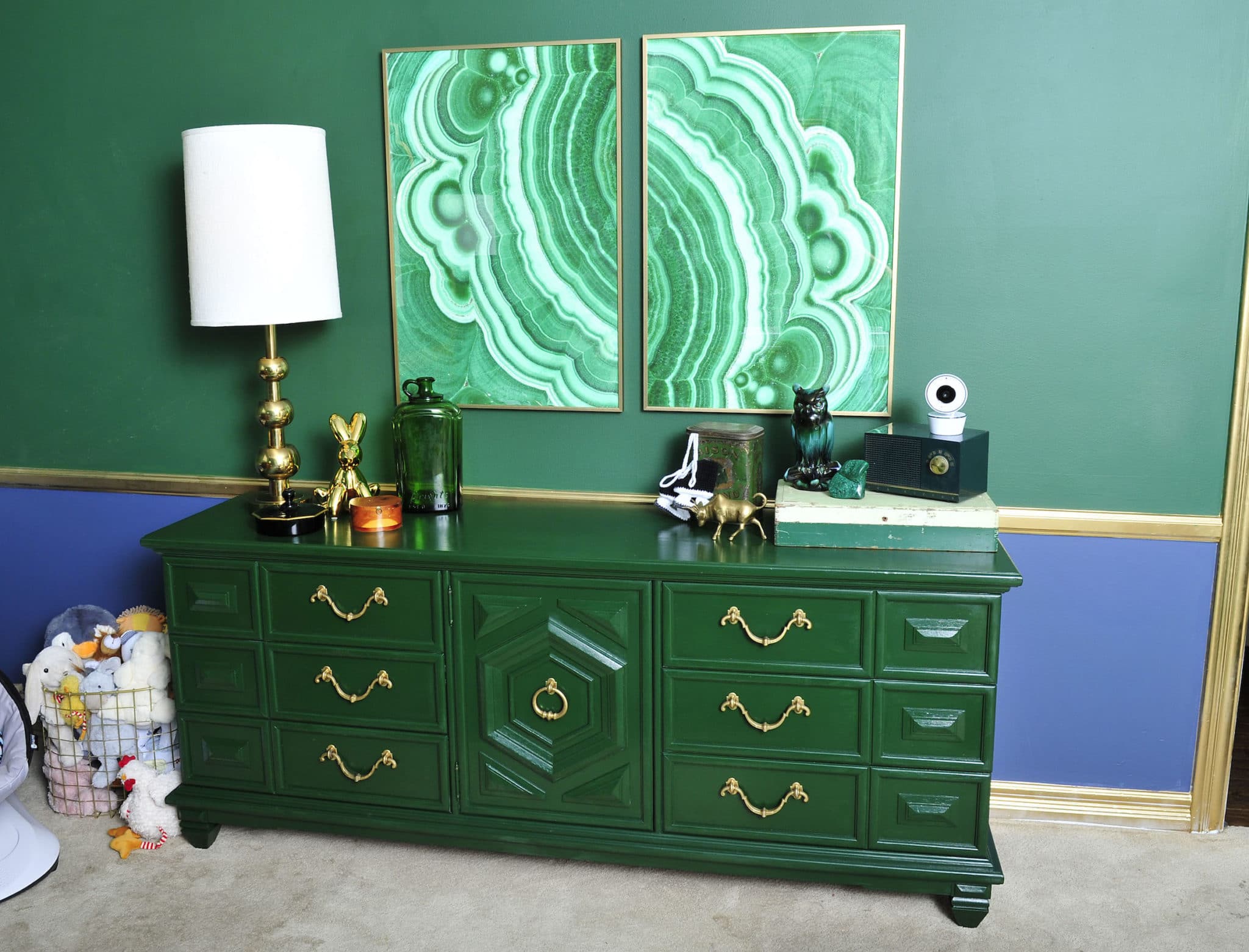 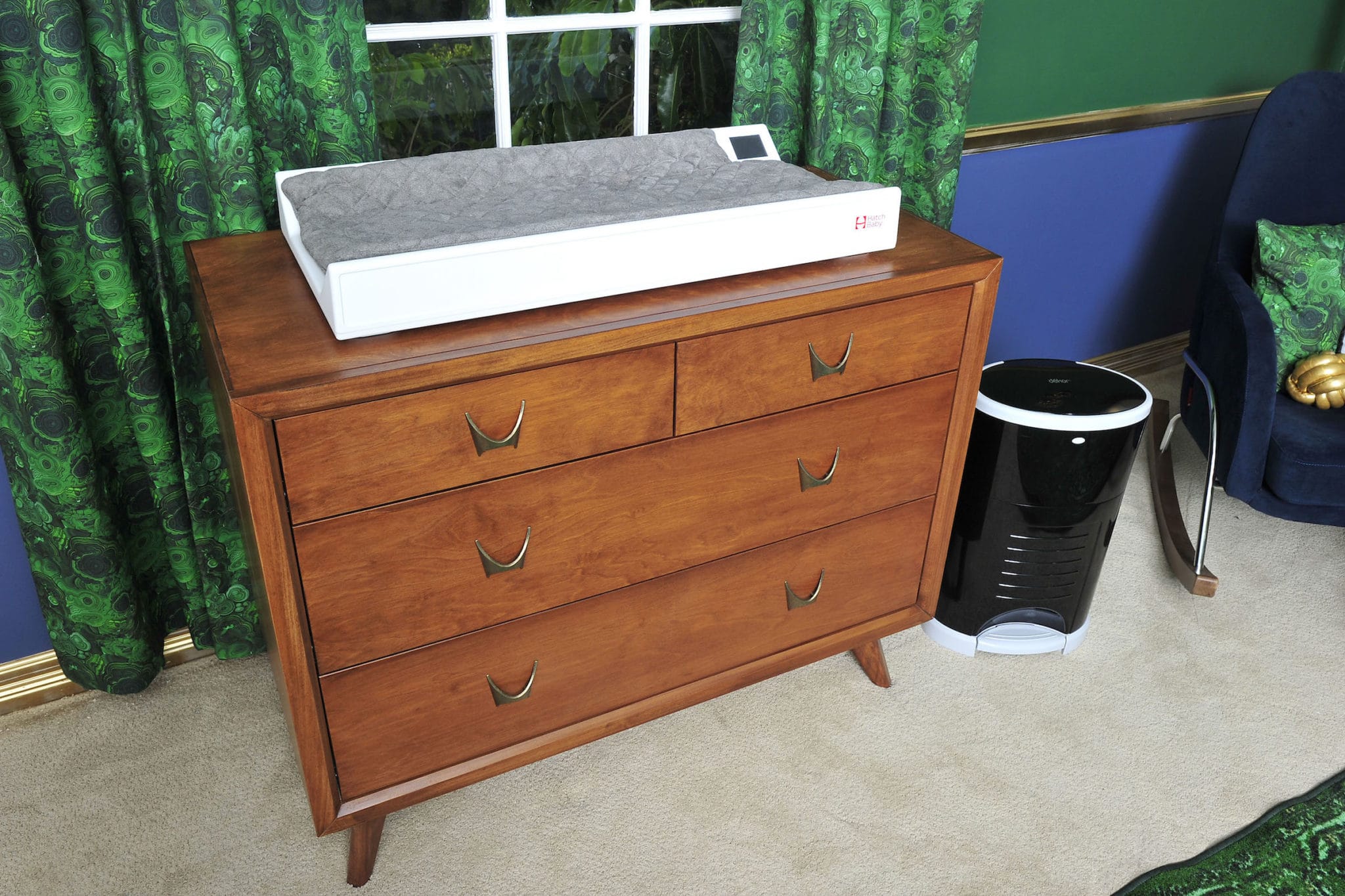 “My hubby Dean came up with the idea of having Beau=Bow Ties. Again, finding a creative way to incorporate malachite fabric and a wink at Beau’s name. I called on my friend and designer Chris Wrobleski who has a chic bow tie company called Boutaugh to help design Beau’s Daily Bow Ties. He made seven original Bow Ties for Beau for the days of the week and they are framed on his wall.” 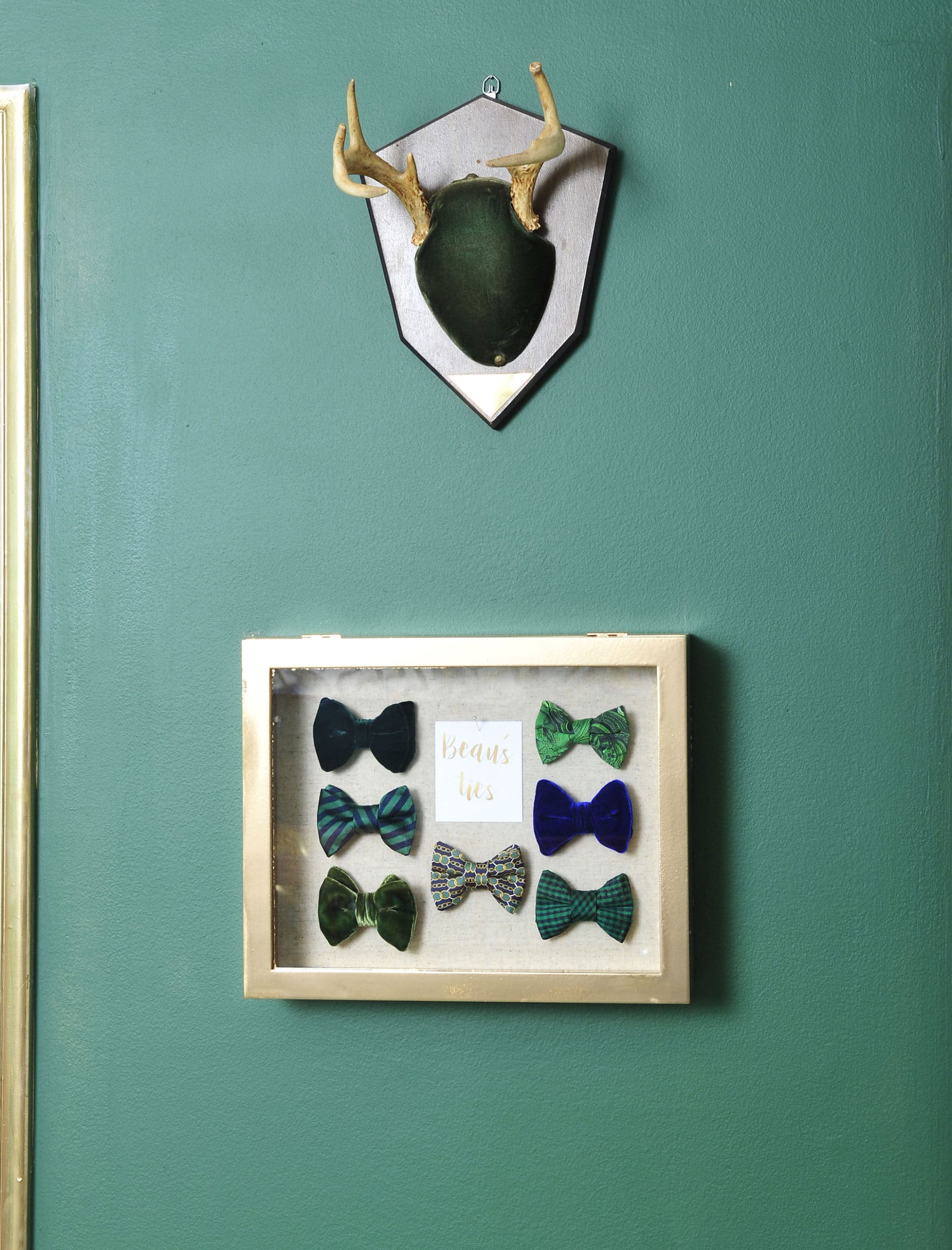 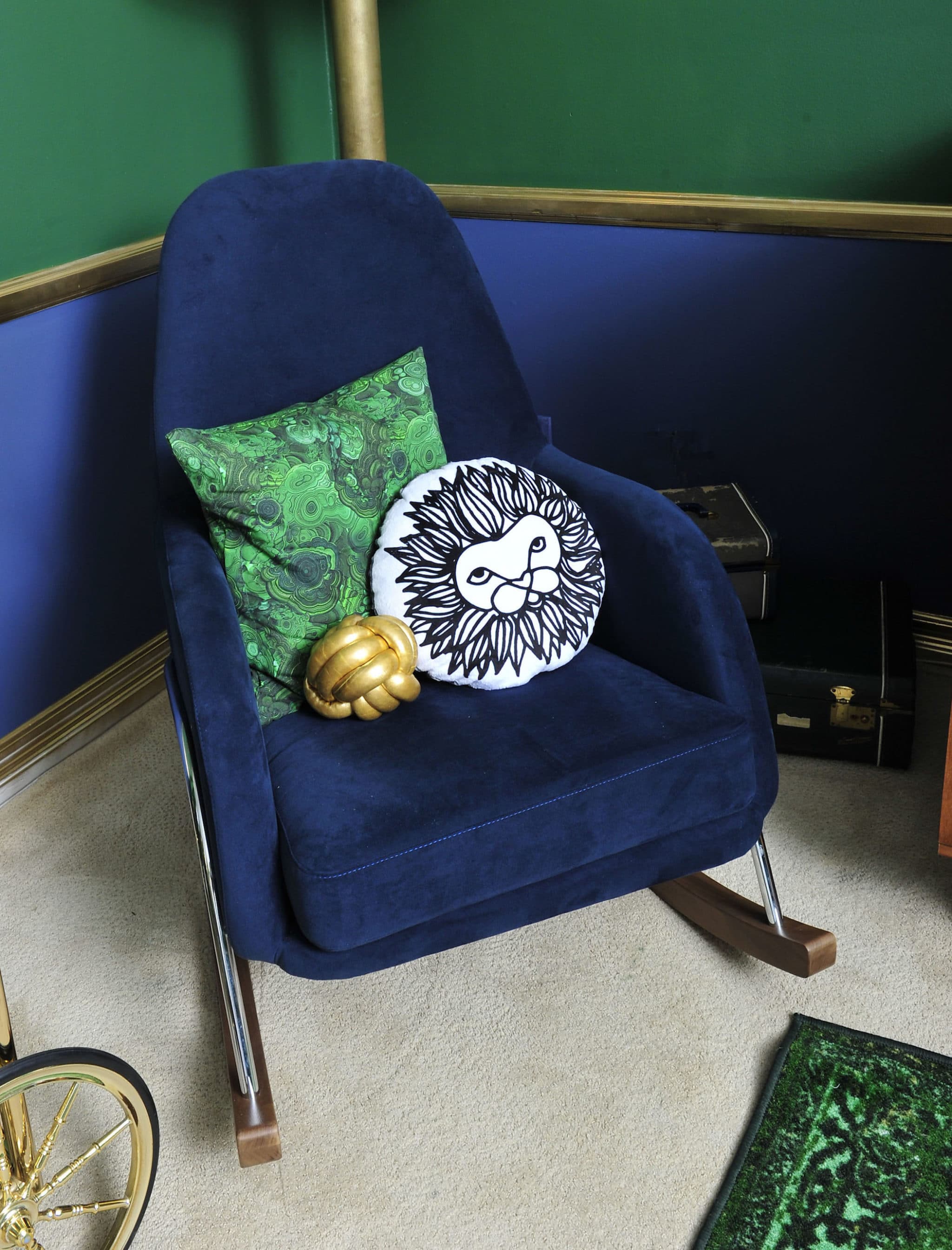 “The moment I found out that I was having a boy I knew that I wanted the stone malachite to be represented in his nursery. It was the inspiration for the decor. I pulled the deeper green from the malachite stone and paired that with a darker elevated blue—a fresh take on baby boy colors.” 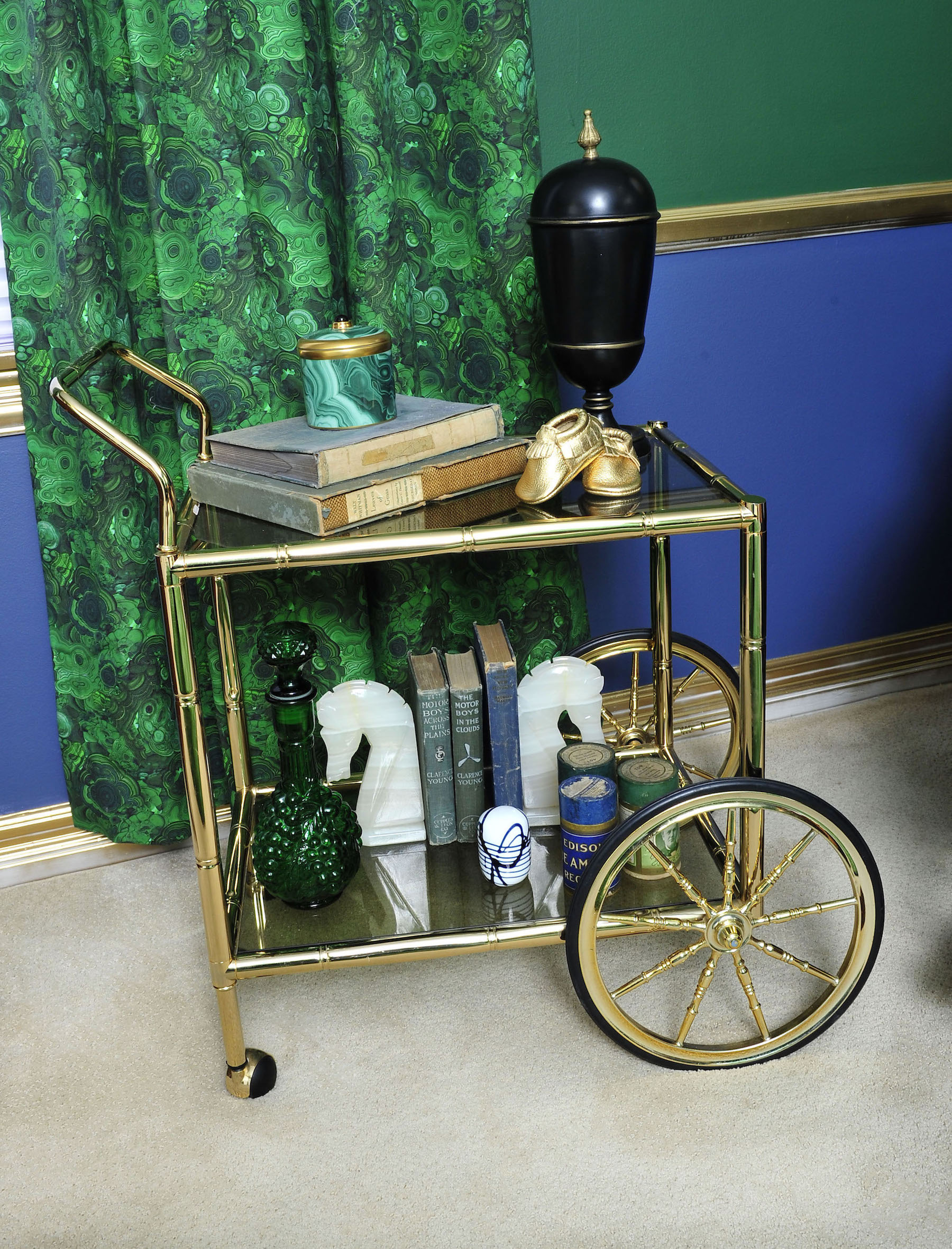