I have this thing with pom poms and kids’ rooms. There’s just something so playful about puffy little pom poms adorning ordinary household items. You’ve probably also noticed they are trending this year. From nursery mobiles and little sweaters, to rugs, storage bins and everything in between, pom poms are the perfect accessory for spicing up a kid’s space. 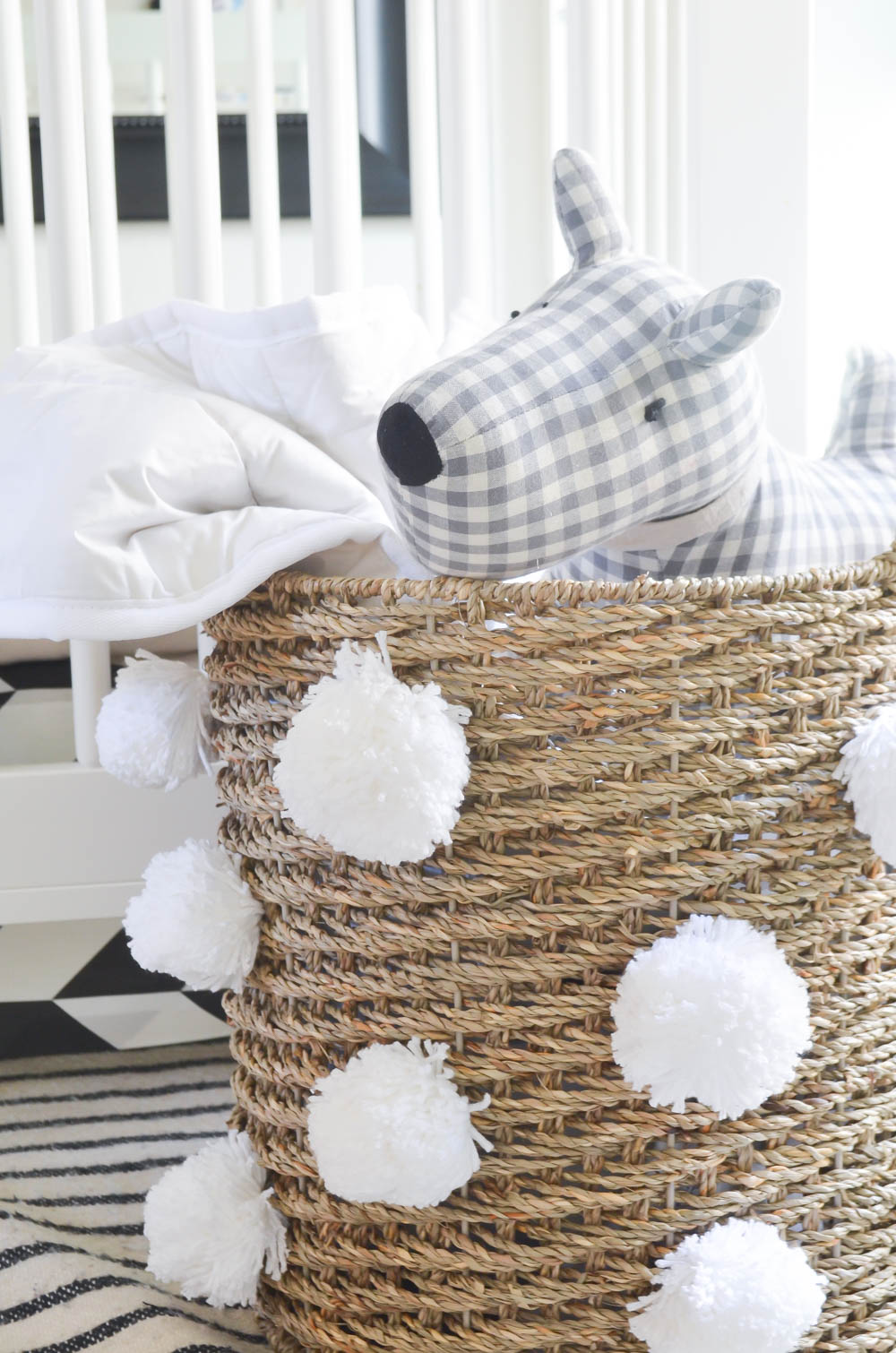 With pom poms on my mind, I decided to tackle another nap time project (although this one took closer to two nap times to complete). The end result? A festive pom pom storage basket for Brody’s overflowing collection of stuffed animals. Seriously though, how many stuffed animals can a one-year-old have? I think we may have set a record. 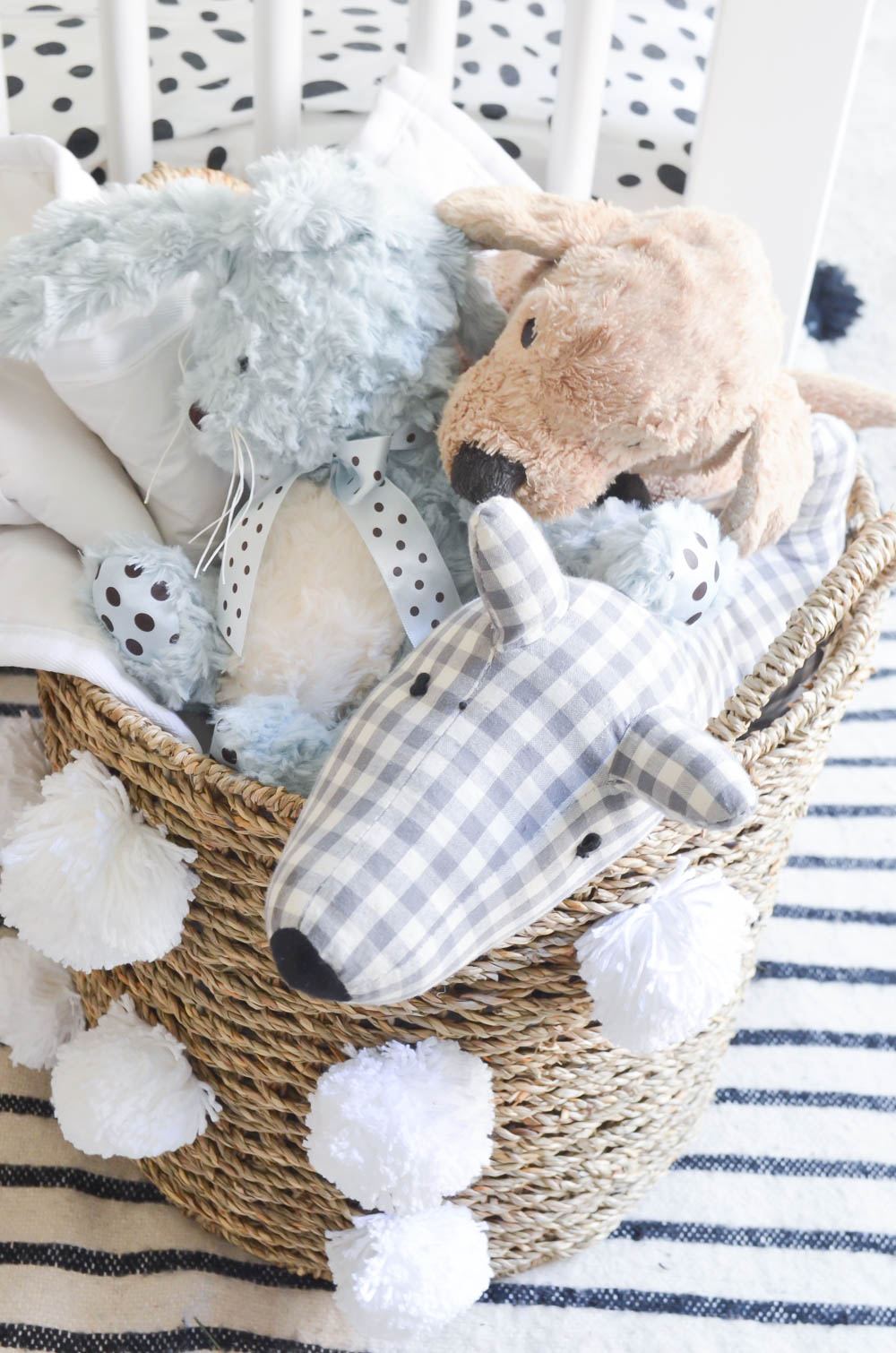 The best part of this project? It’s so simple! No sewing, no glue and only four items on the supply list. Even if you think you’re not the crafty type, I promise this is one project you will not fail. 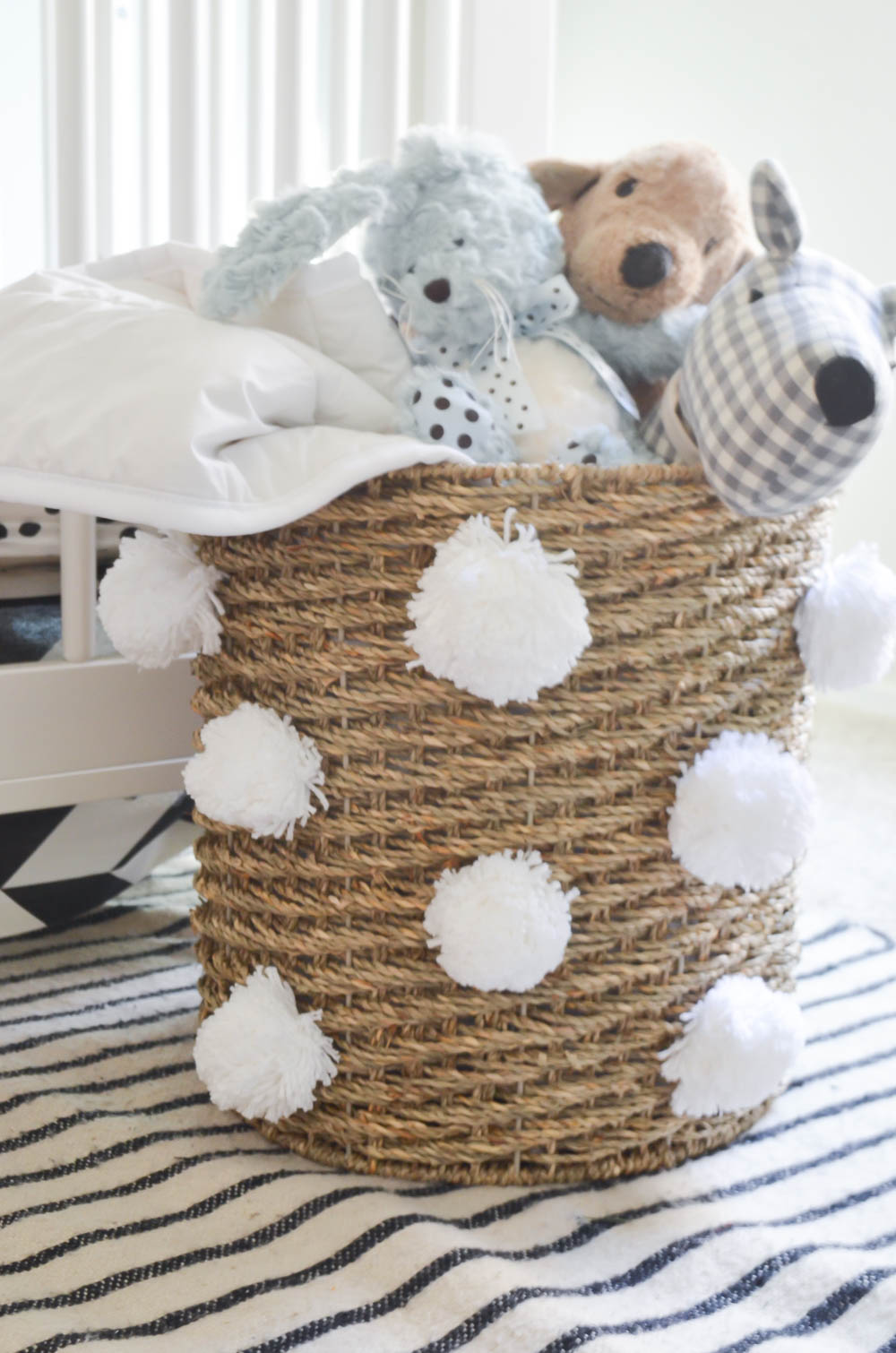 Repeat the process to make enough pom poms to adorn your basket. 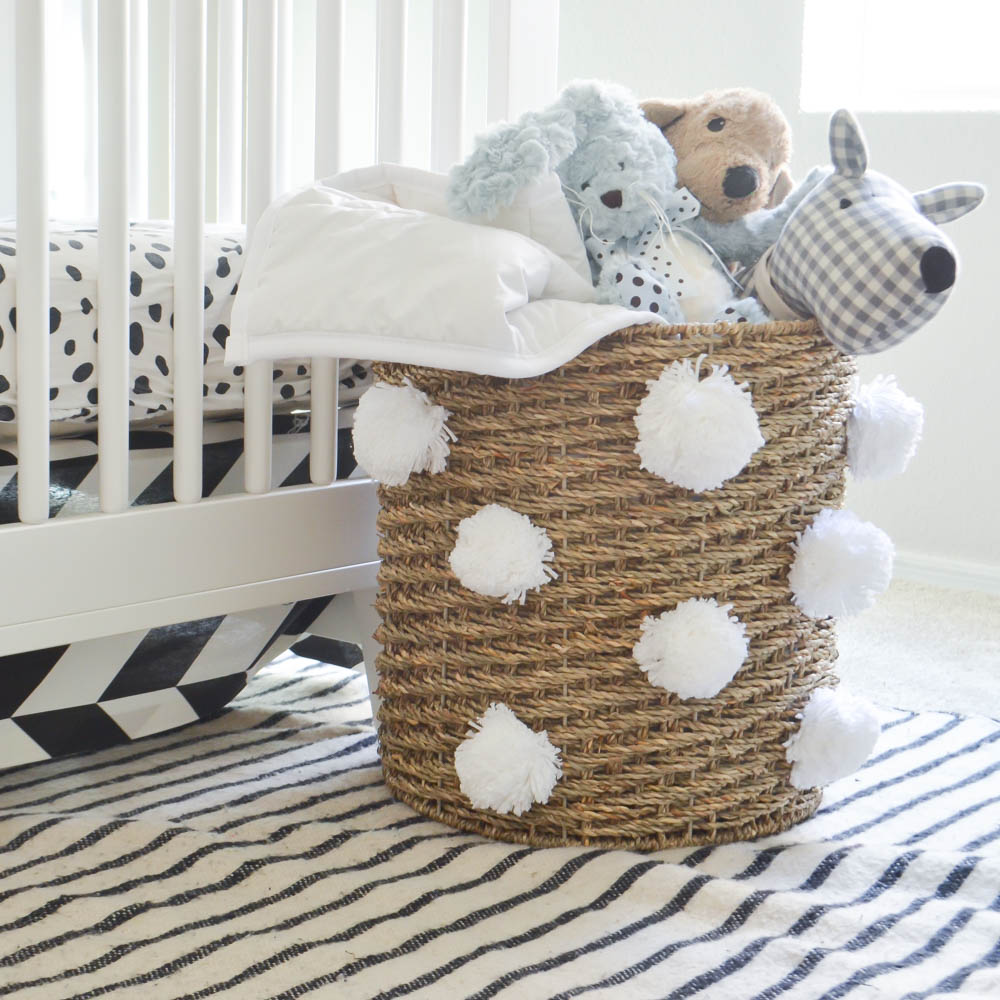 Ta-da! You’ve just created your first pom pom storage basket. Have fun playing around with different colored yarns and different shaped baskets. I also have a fun tutorial for a pom pom garland over on Momma Society. It is one of my favorite items in Brody’s room. Happy pom-poming!

Residing in sunny Arizona, Mandy is the founder of Momma Society - The Community of Modern Moms. When she's not chasing her little boy Brody around, you'll find her on Momma Society sharing her passion for all things pregnancy, motherhood and baby.

View all articles by Momma Society

Registration confirmation will be to you.

Back to the Login.