You’ve probably seen sweet little babes sleeping with their arms up next to their heads right? They look so calm and relaxed. The instinct to put their hands up by their face and in their mouths is so strong that babies start doing this in utero. Now what you may not be prepared for is the startle reflex, which is when babies suddenly feel like that are falling and throw their arms out. Oh my goodness, my firstborn had such a huge startle reflex, and he would scare himself every time it happened and wake from his peaceful slumber if he wasn’t swaddled. So how can we reconcile the fact that babies naturally like to have their hands up near their faces but still keep them snug for an uninterrupted snooze? Well, in fact, it was mom Hana-Lia Krawchuk who solved this problem with her creation of the Love to Dream Swaddle Up when her own newborn son struggled with sleep. 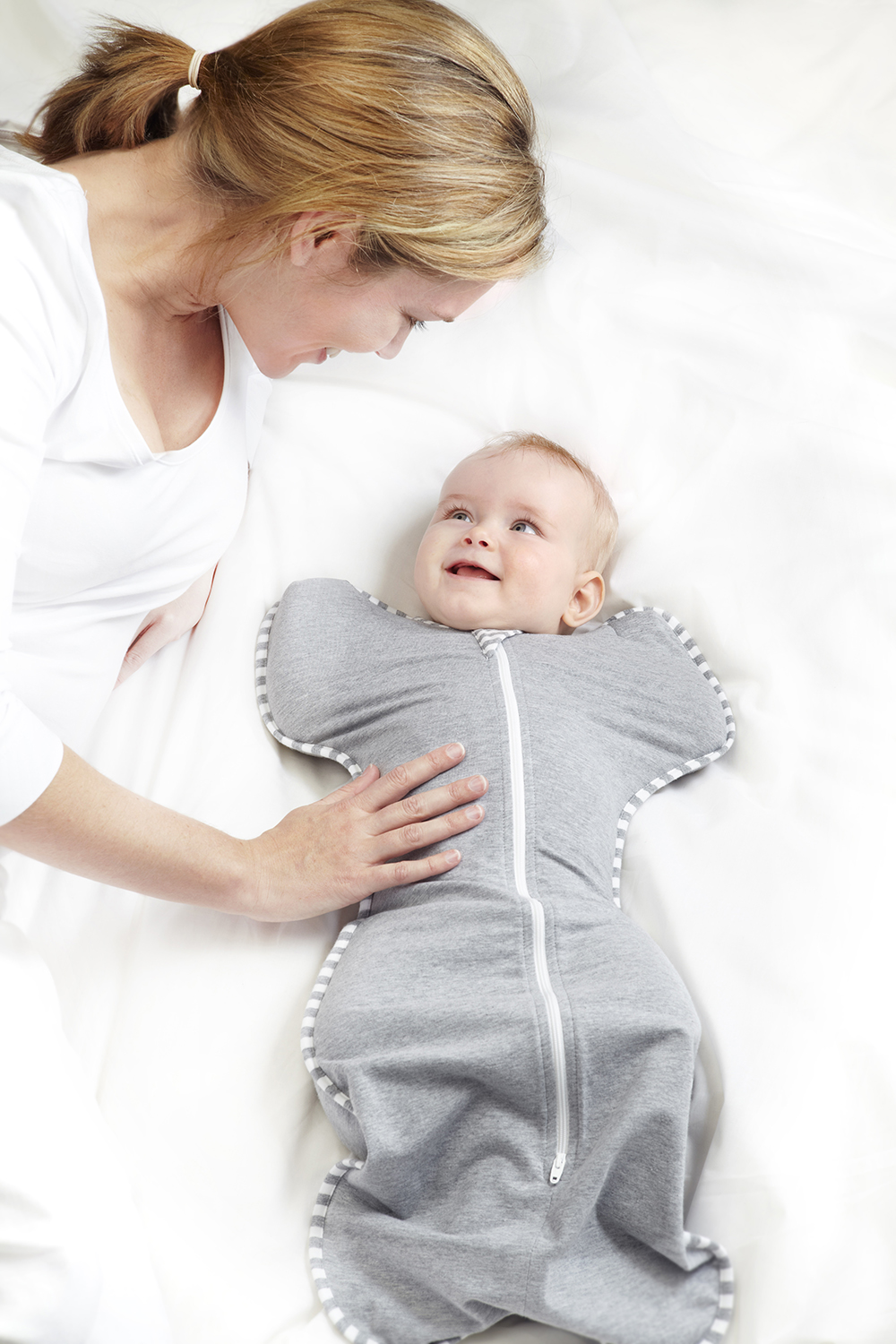 Hana made the discovery that many parents make—babies love to put their hands in their mouths, and it’s a natural soother for many. She took her fashion design skills and got to work perfecting her dream of a hands up swaddle, which became the Swaddle Up. With the Swaddle Up, babies can actually self soothe using their hands while still being securely swaddled! You won’t have to worry about those pesky baby fingernails scratching their delicate skin either. 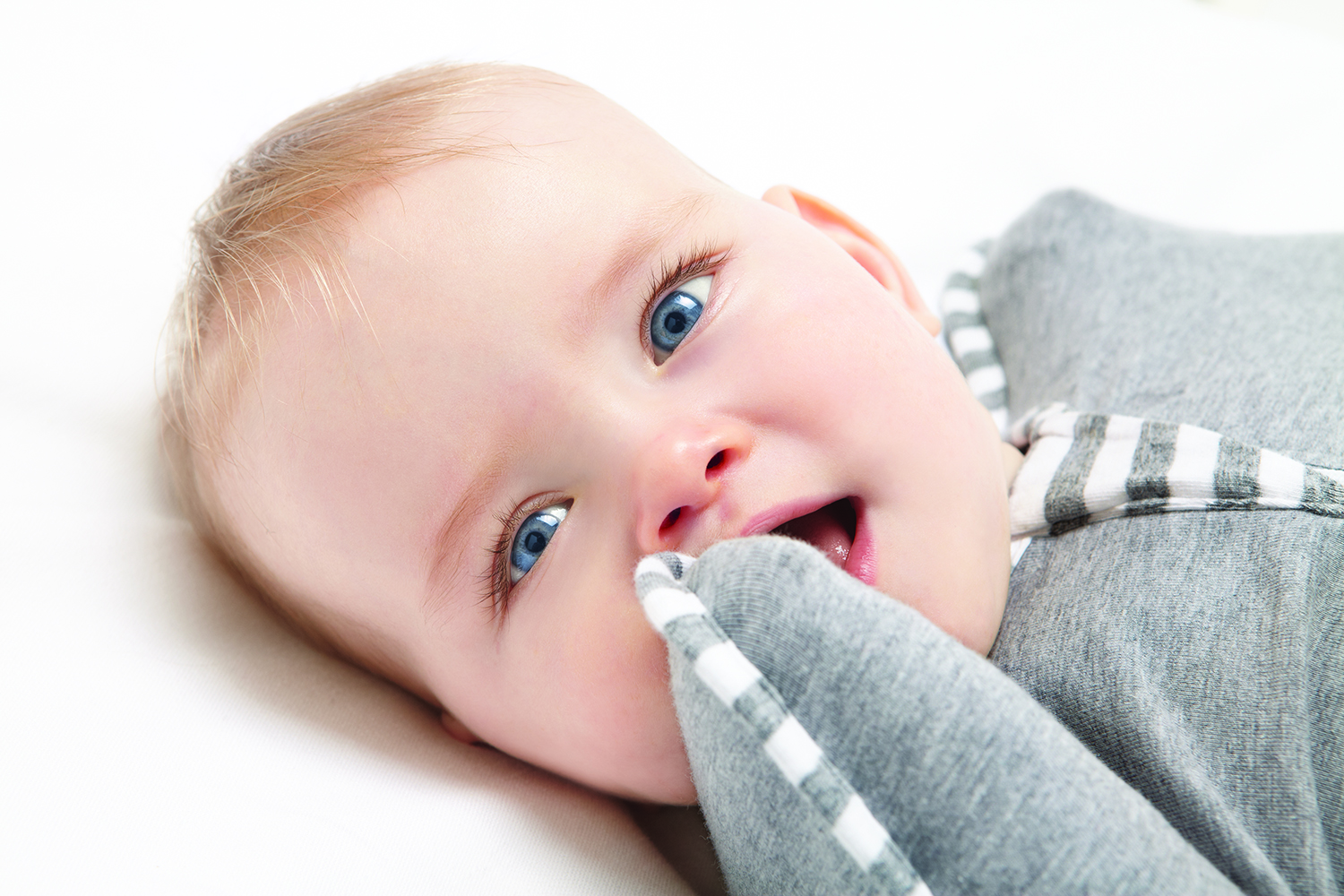 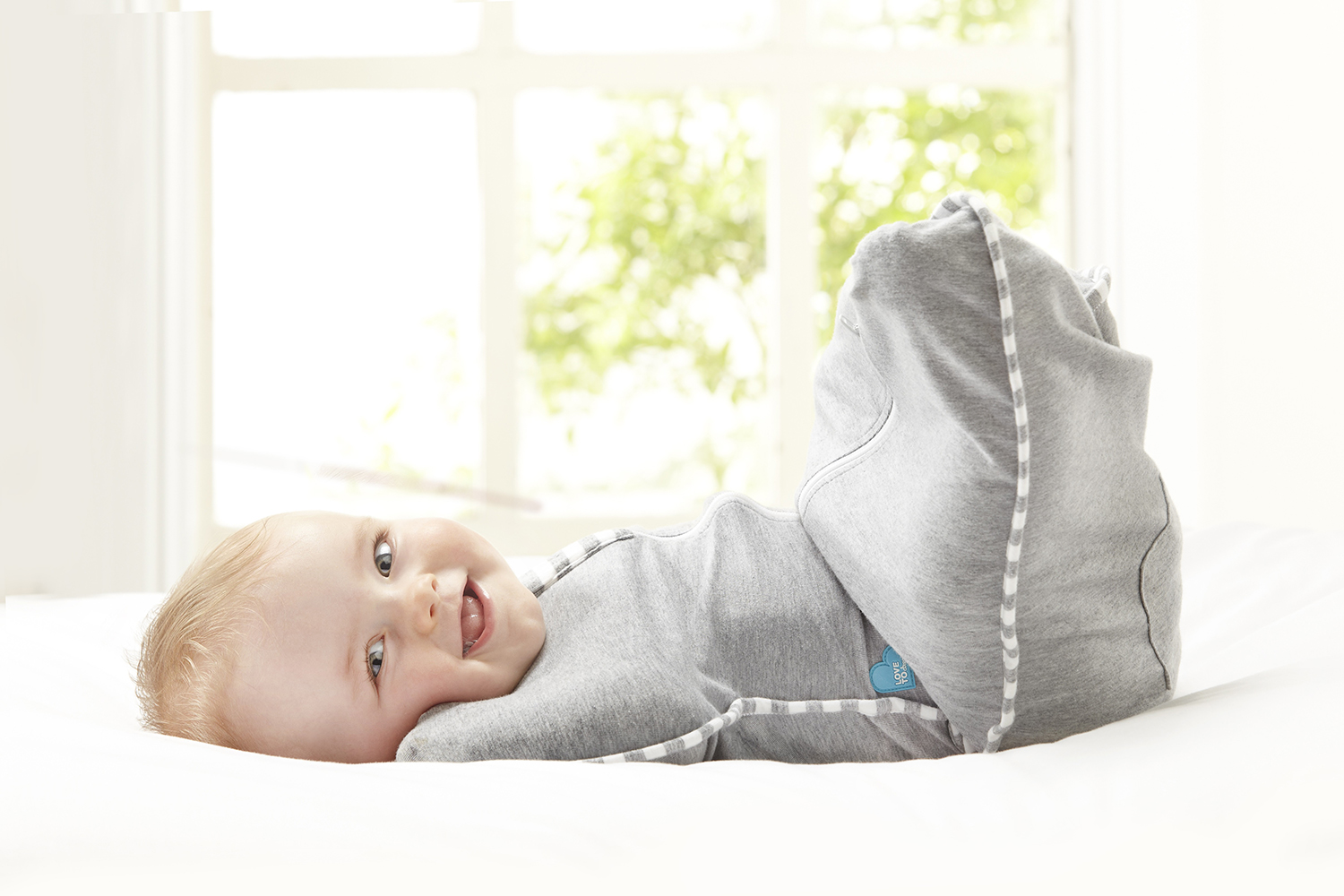 When it’s time to transition out of a full swaddle (like when baby shows signs of rolling), you can use Love to Dream’s 50/50 Transitional Swaddle, which allows one of baby’s arms to be free while the other remains tucked inside, and after a few nights that way, you can remove the other wing. This transition lets your baby get used to having his arms out slowly rather than suddenly having access to both, which may just throw off the precious sleep routine you worked so hard to achieve. No one wants that! 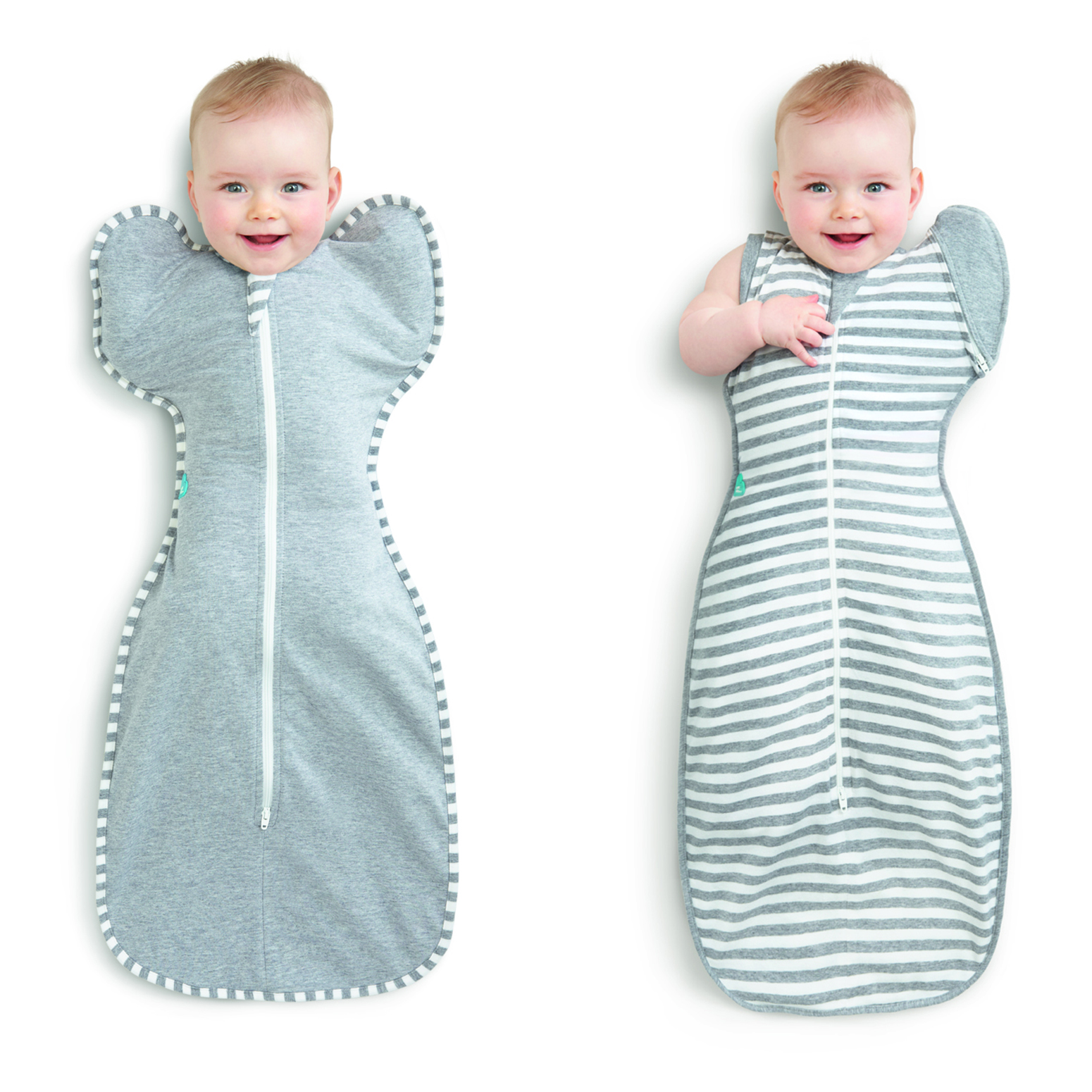 After the 50/50, you can move on to Love to Dream’s sleeping bag options—the Nuzzlin Sleep Bag or the Inventa Sleep Bag. Both sleep bags are super breathable to keep baby comfortable in all temperatures, but the Inventa also features a zippable vent that allows you to adjust the air flow even if baby is already sleeping. 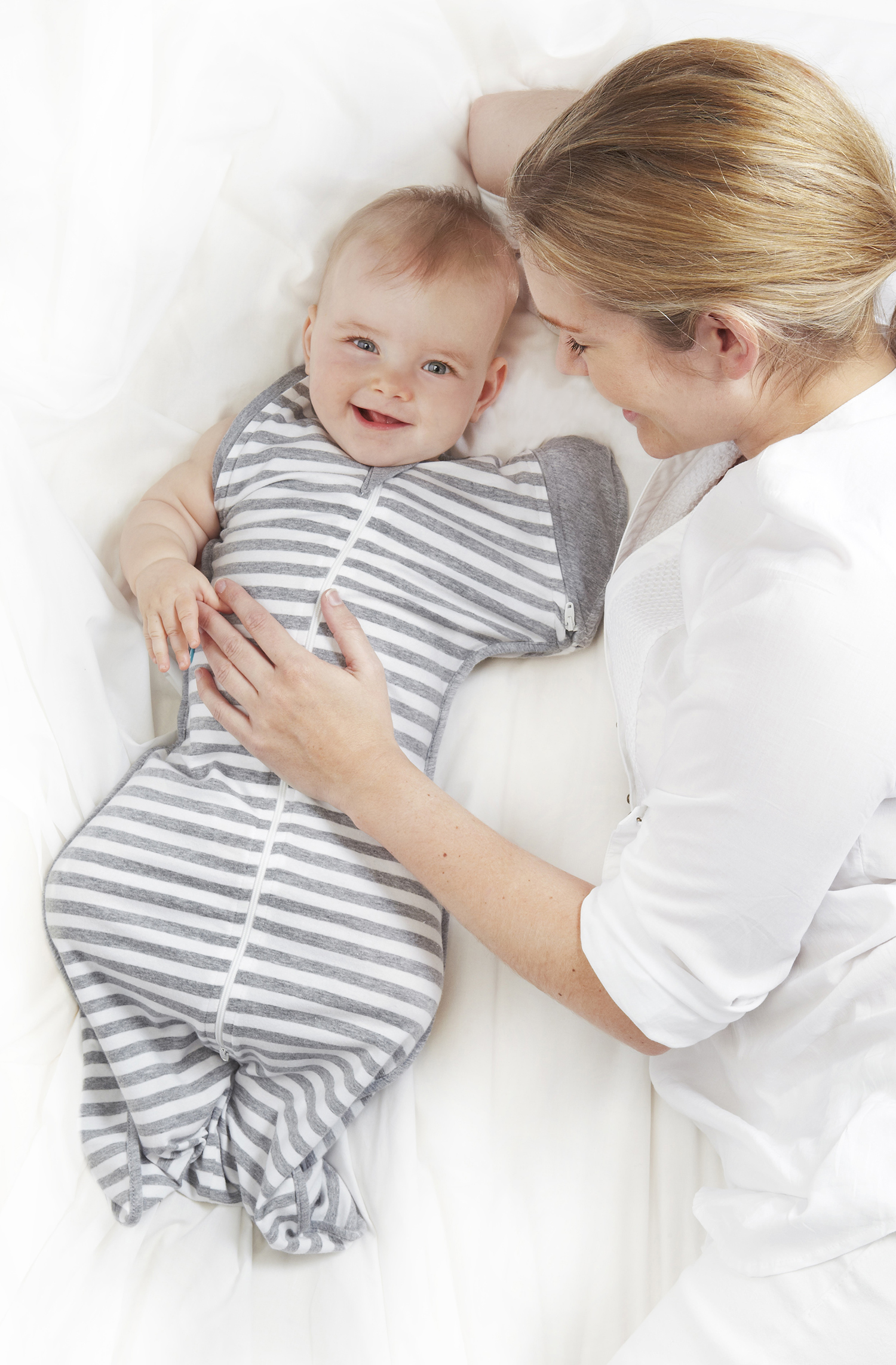 Love to Dream is also featured in our Sleep Through the Night Giveaway. Be sure to enter for a chance to win a great Love to Dream prize package along with other products to help you and baby get a good night sleep.

This is a sponsored post. Thanks for your support
in our effort to bring you exciting content.