You may know Brianna Heiligenthal better as @burtsbrisplease where you can spot her beautiful home, her darling toddler Leo, who is often photographed snoozing with their pet cat, and just her life as a busy stay-at-home mom. Brianna loves taking pictures and rearranging her home. Leo’s becoming a big brother in December (congrats, Heilgenthal family!), giving Brianna an opportunity to do a little rearranging in his room to make the space toddler friendly and leave room to adjust for little bro when he moves in. 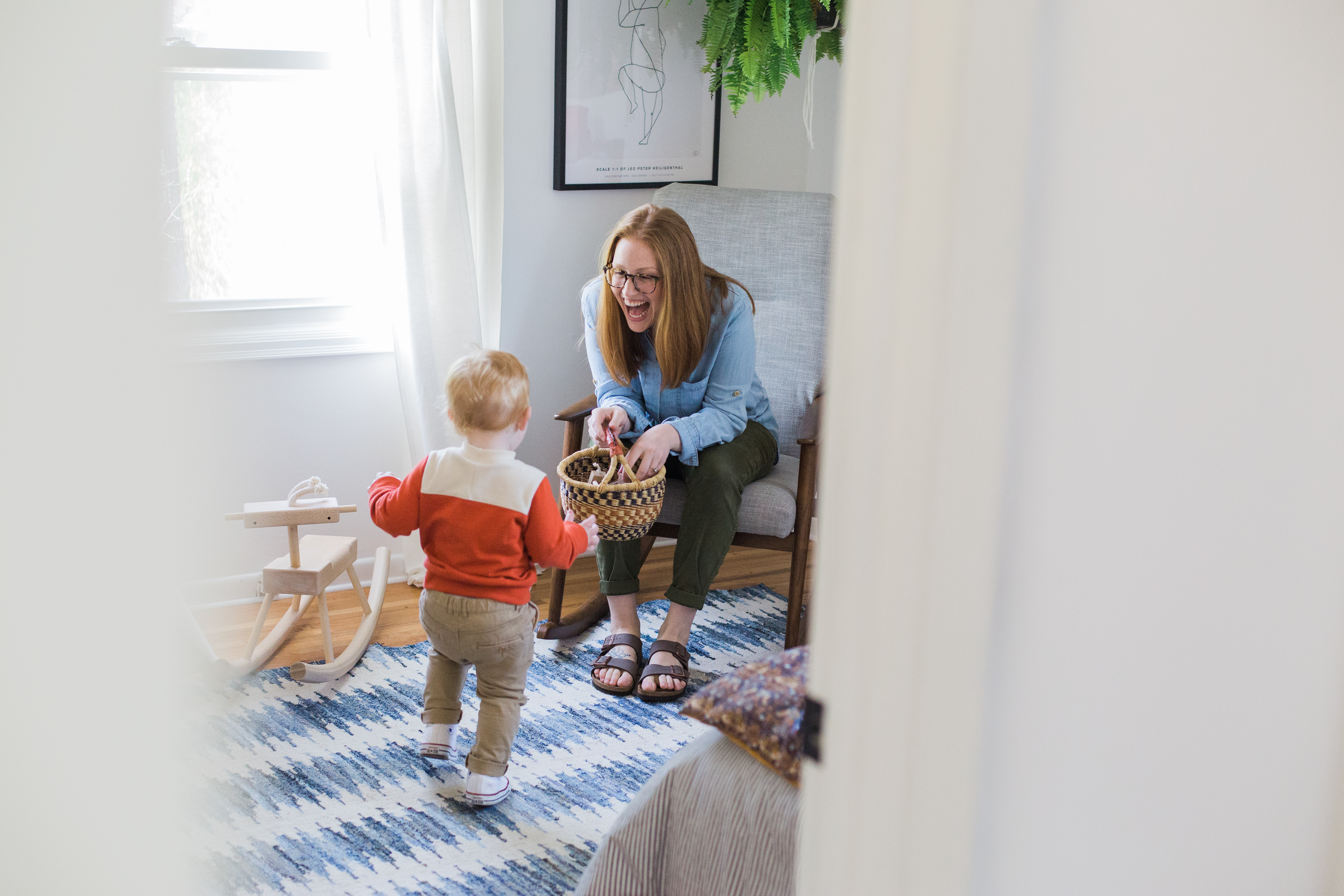 What inspired your room design?
We were really inspired by non-traditional kids rooms. We didn’t want the classic blue or pink walls. We wanted it to be obvious that it was a space for a young person but in a unique way. It feels like a mid-century modern room with whimsy, and we love it. 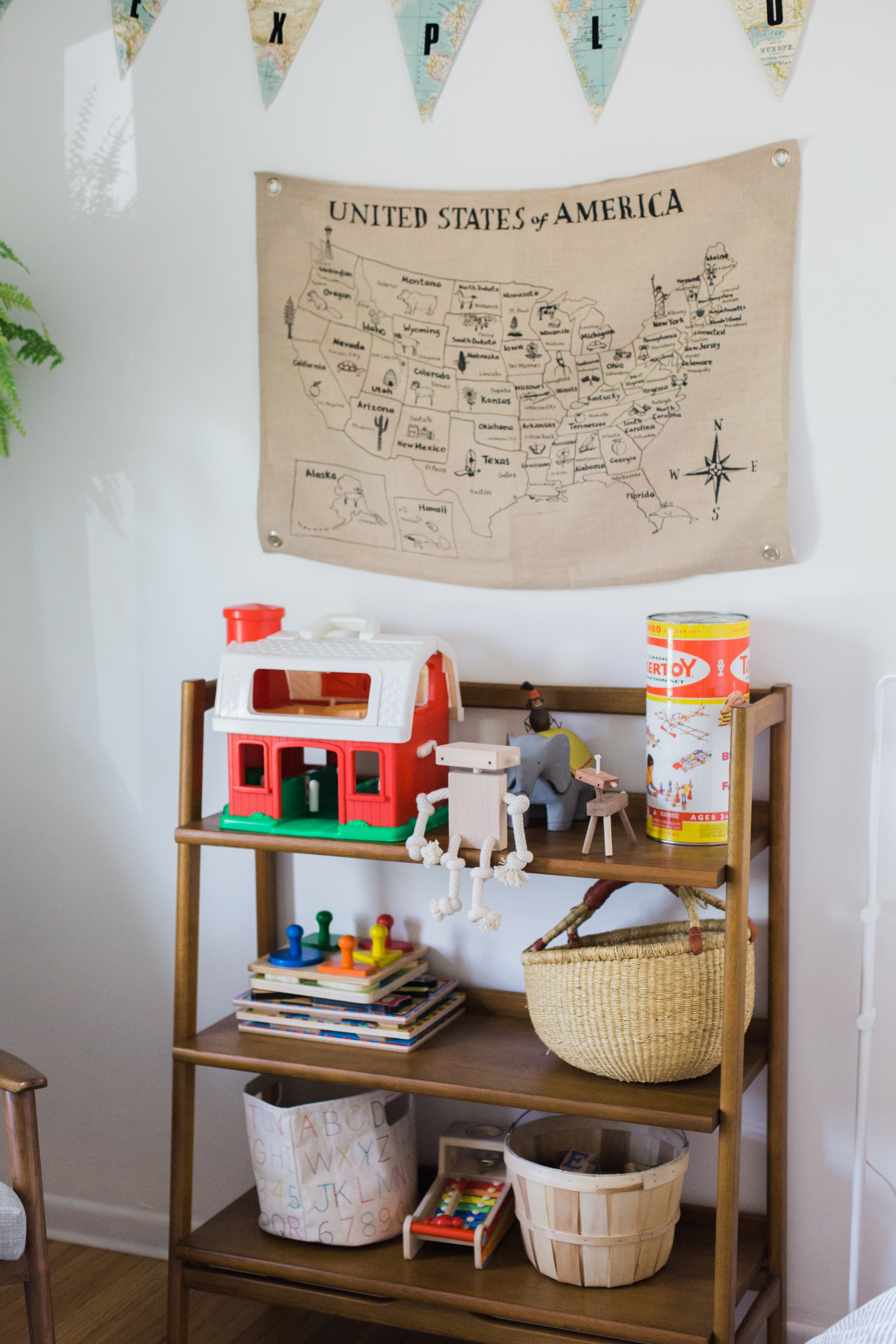 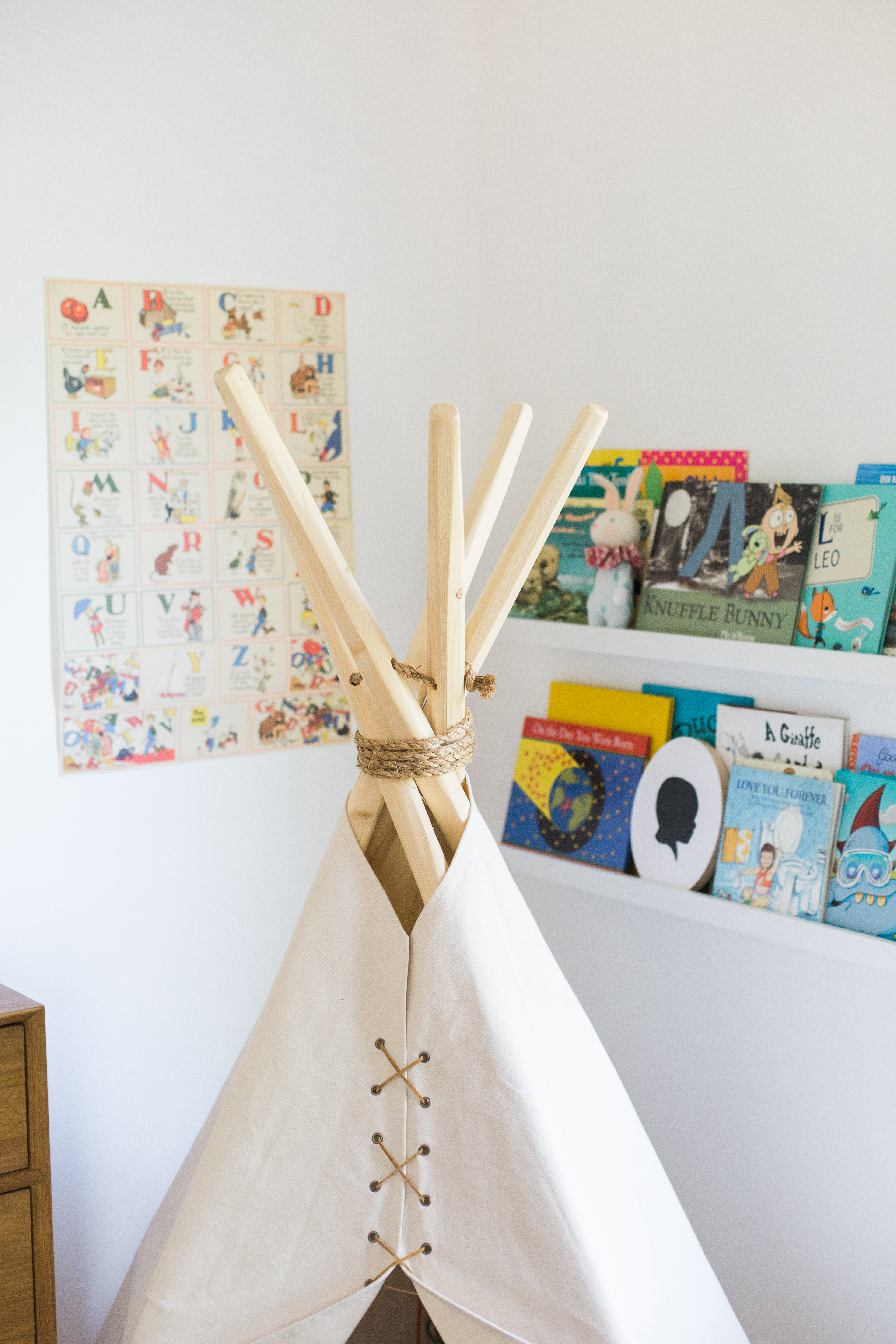 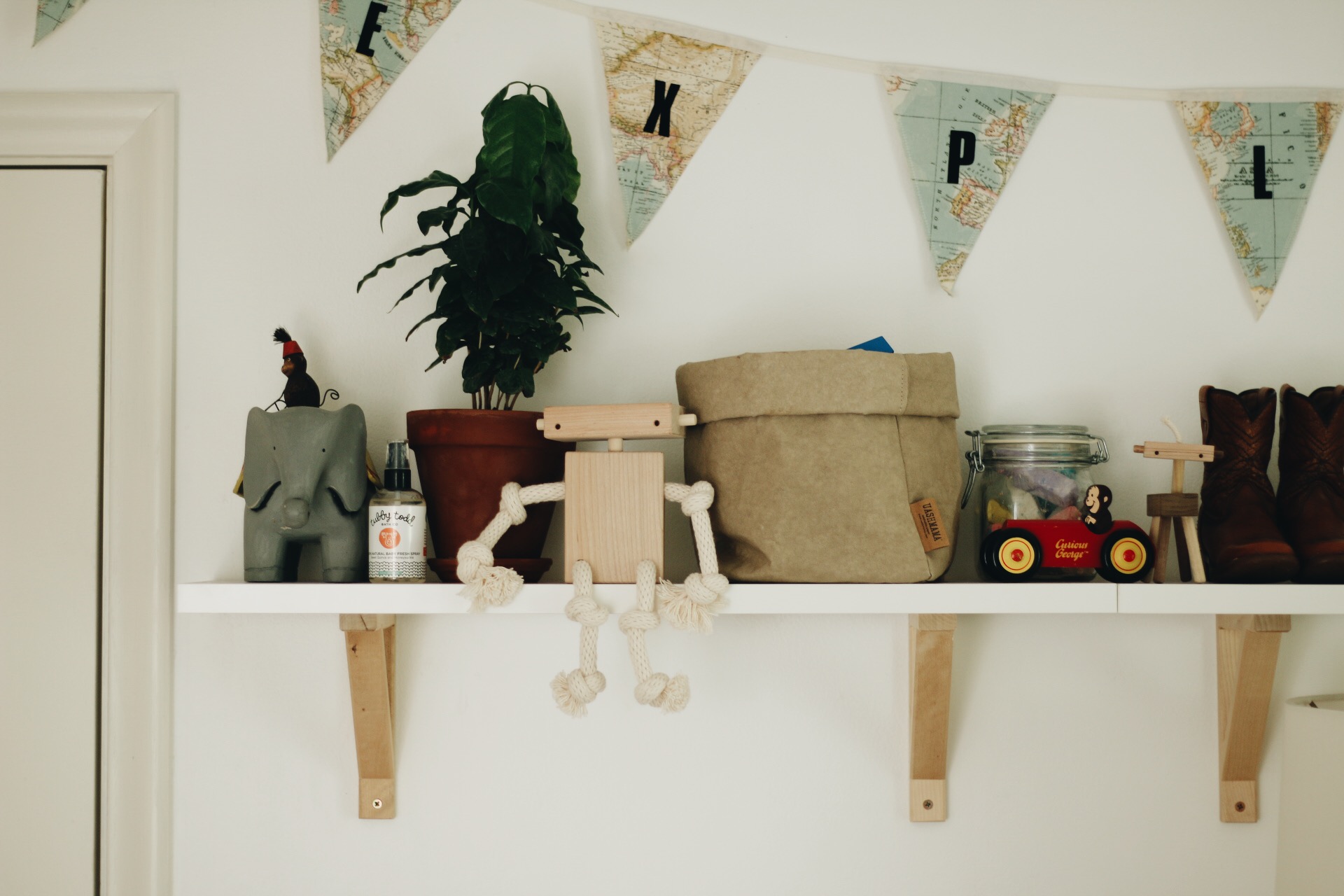 What was your favorite part of the process? And what do you love the most about the finished design?
I loved everything about the process. Once the wallpaper and the tent were in, we really got a feel for how we wanted it to turn out. One of the things I love most about the room is that we were able to incorporate pieces that have meaning or a story behind them, like my husband’s old Fisher-Price barn and the orange phone I found at the house my mom bought years before Leo was even a thought. 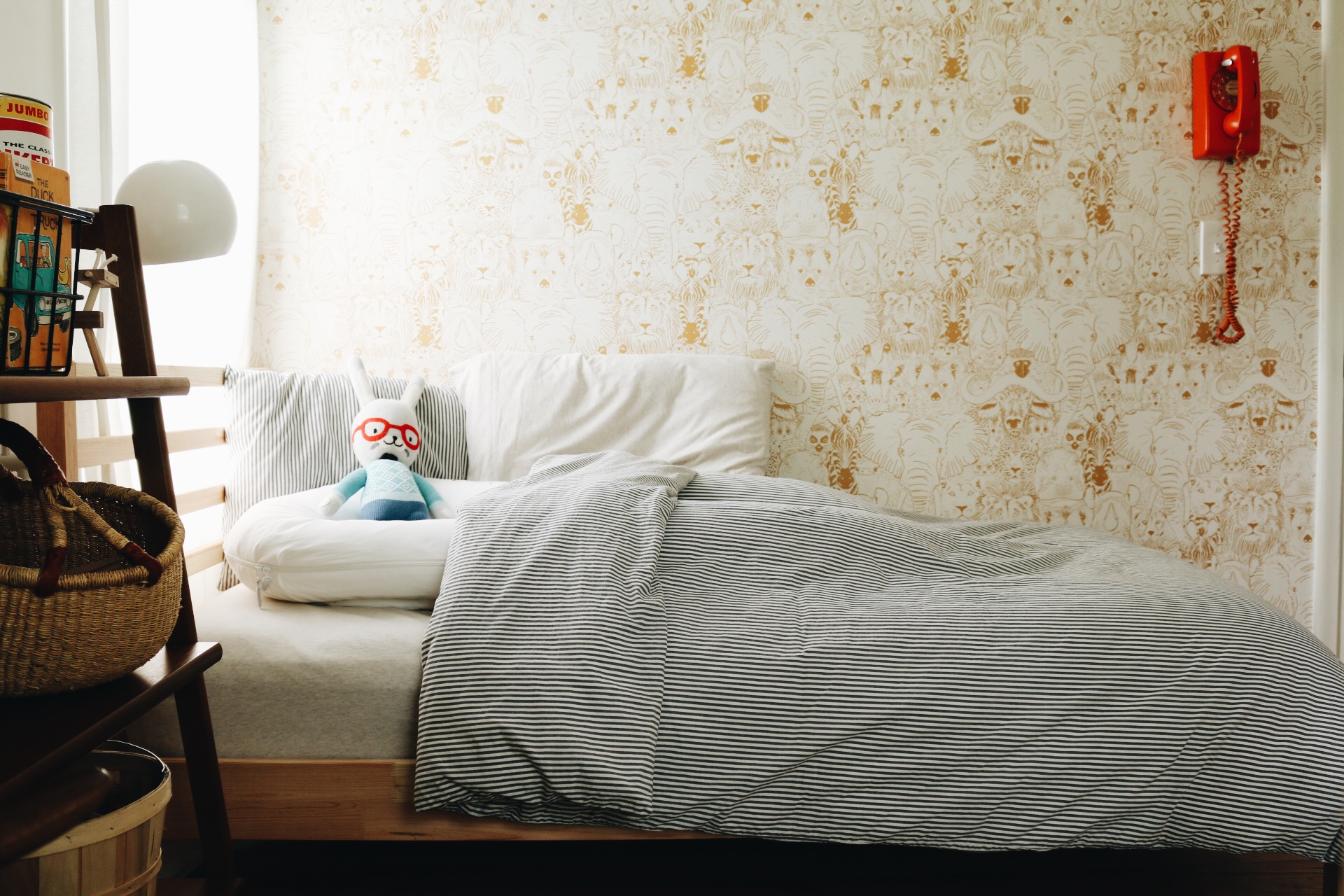 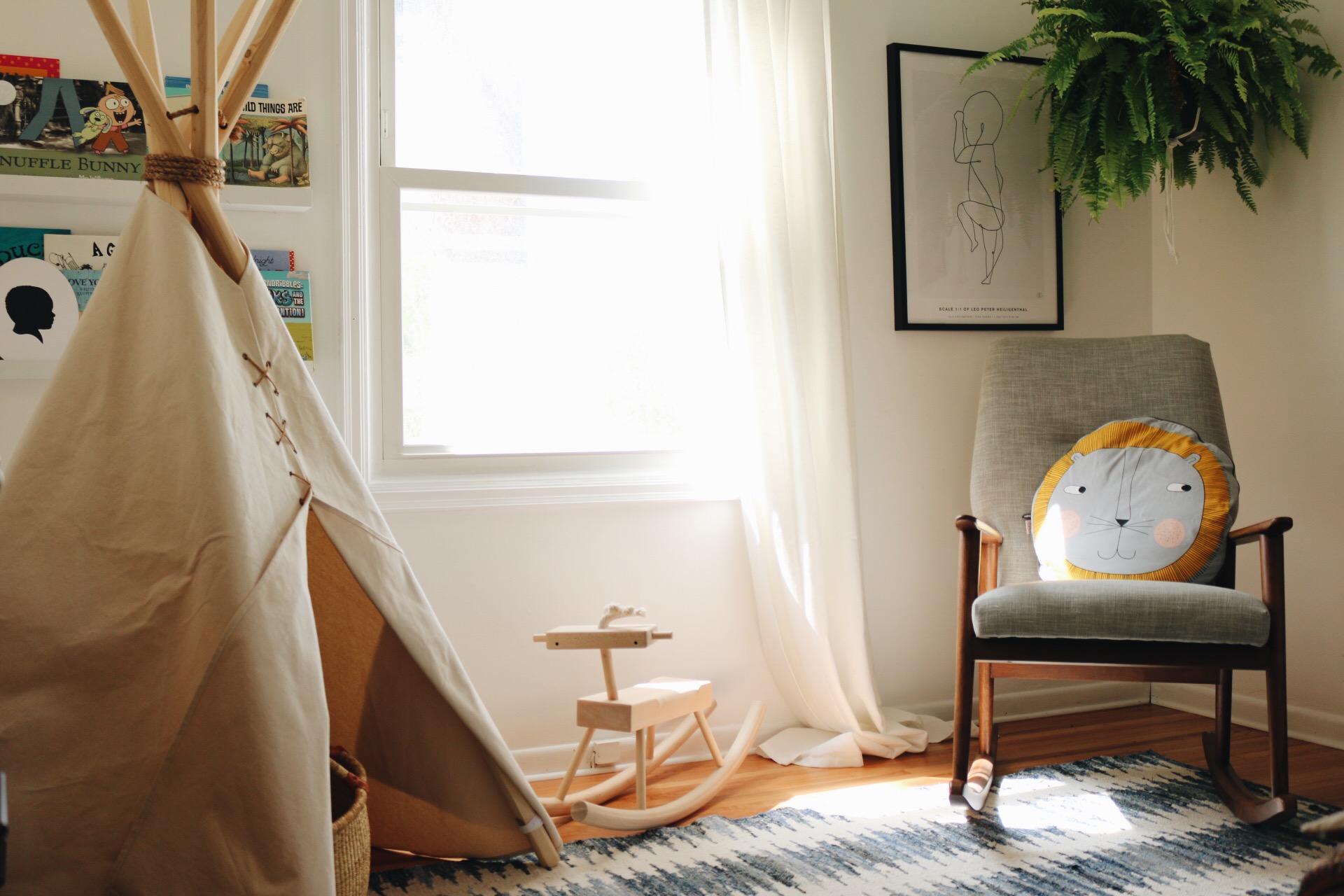 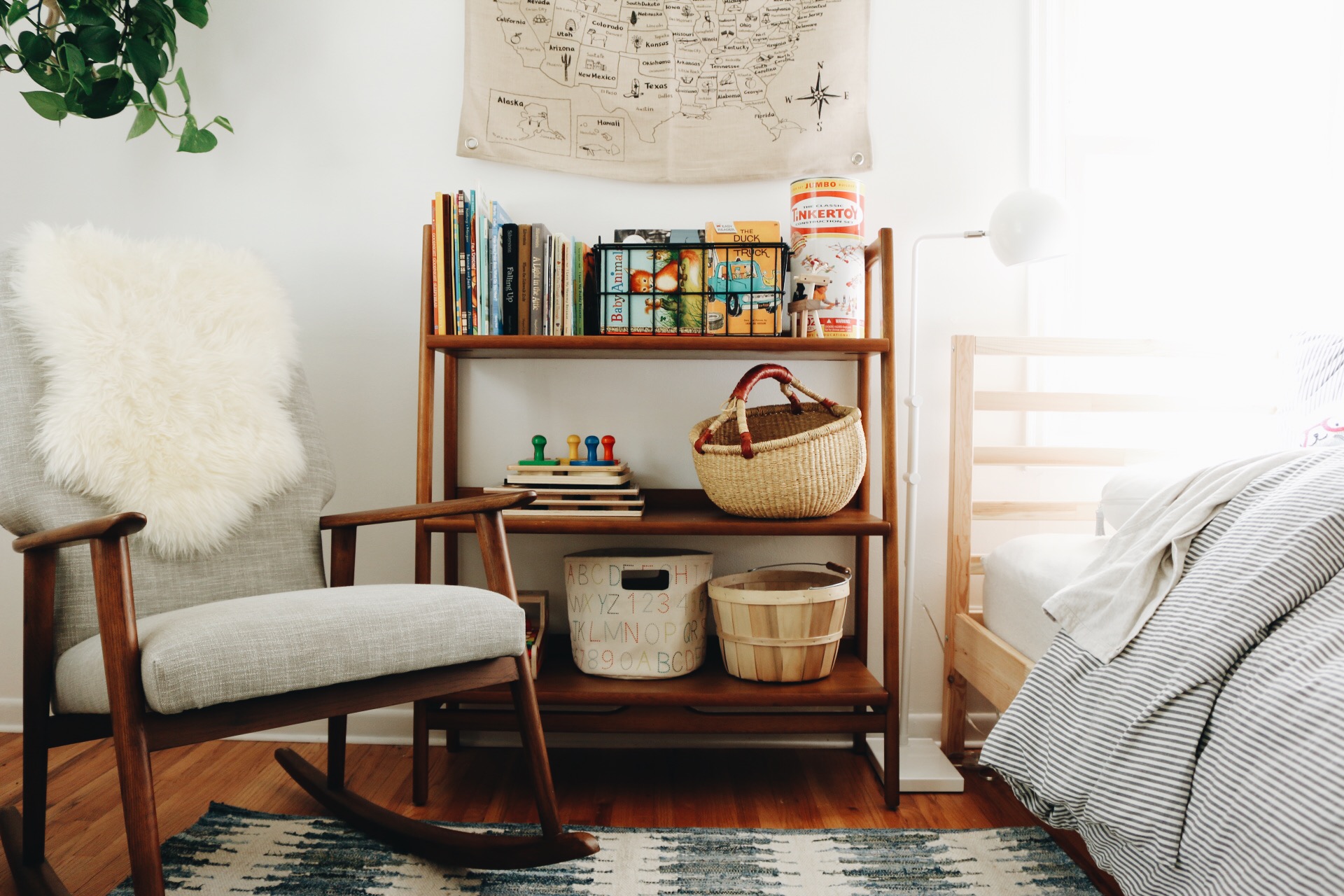 Designing a toddler room is different than a nursery because you know your little resident’s personality better. Anything special you included for Leo this time around?
When we transitioned his room from a nursery to a toddler room, we chose pieces that we felt would suit him as a toddler and (hopefully) as a teenager. His nursery also doubled as the playroom, and as he became more mobile, the toy situation got out of control and it made the room less restful than we hoped it would be. By minimizing the number of toys that were in his room, it created a calmer space that was fun for both play and sleep. 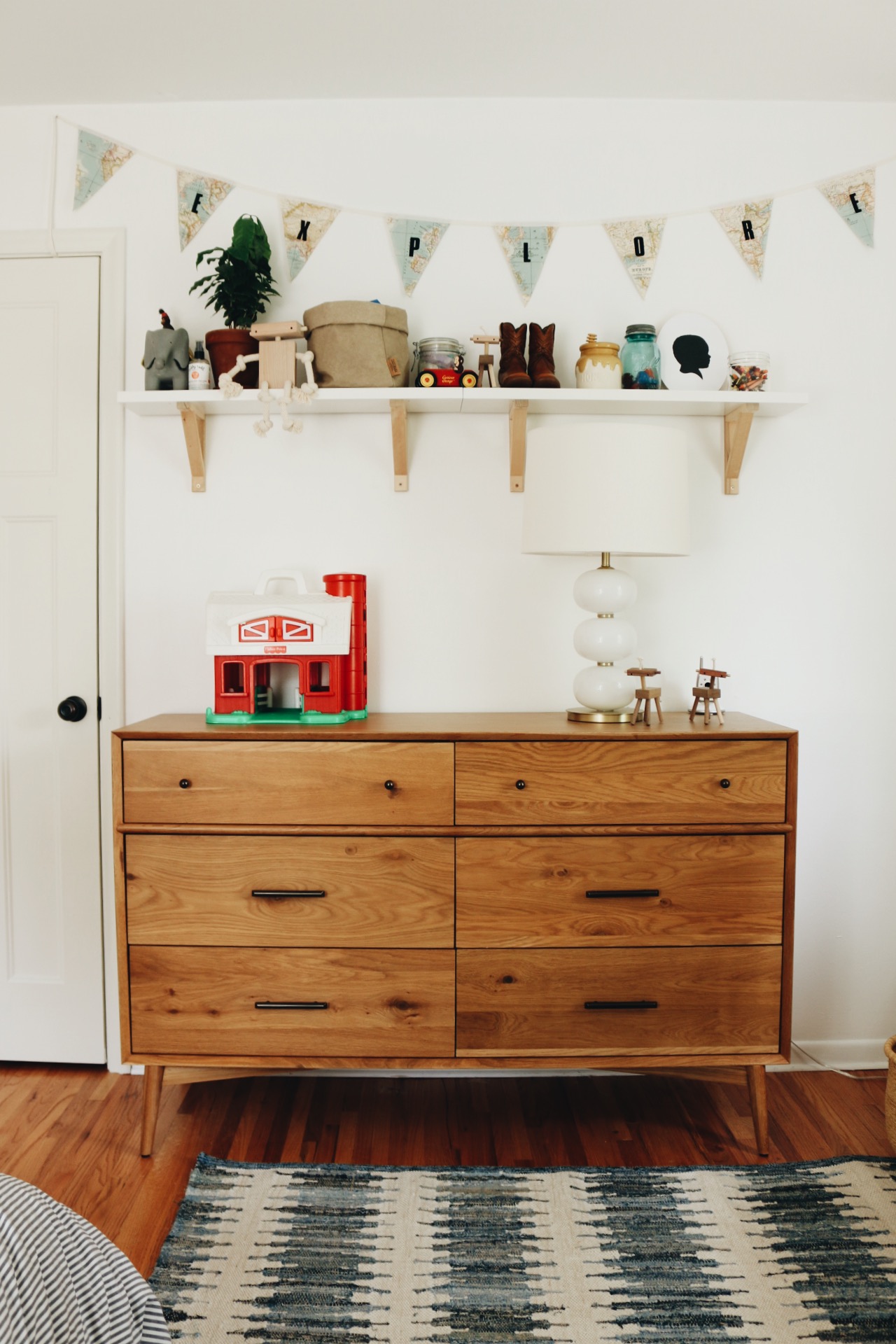 Congrats on your pregnancy! Will the new baby be sharing a room with Leo or do you have plans for a new nursery?
Thank you! The new baby will be sharing a room with Leo, and we are hoping to integrate the nursery aspect without disrupting the look and feel of the room right now. We purposely designed it to be gender neutral and fun for both boys and girls because we knew that he would probably share with his future sibling! 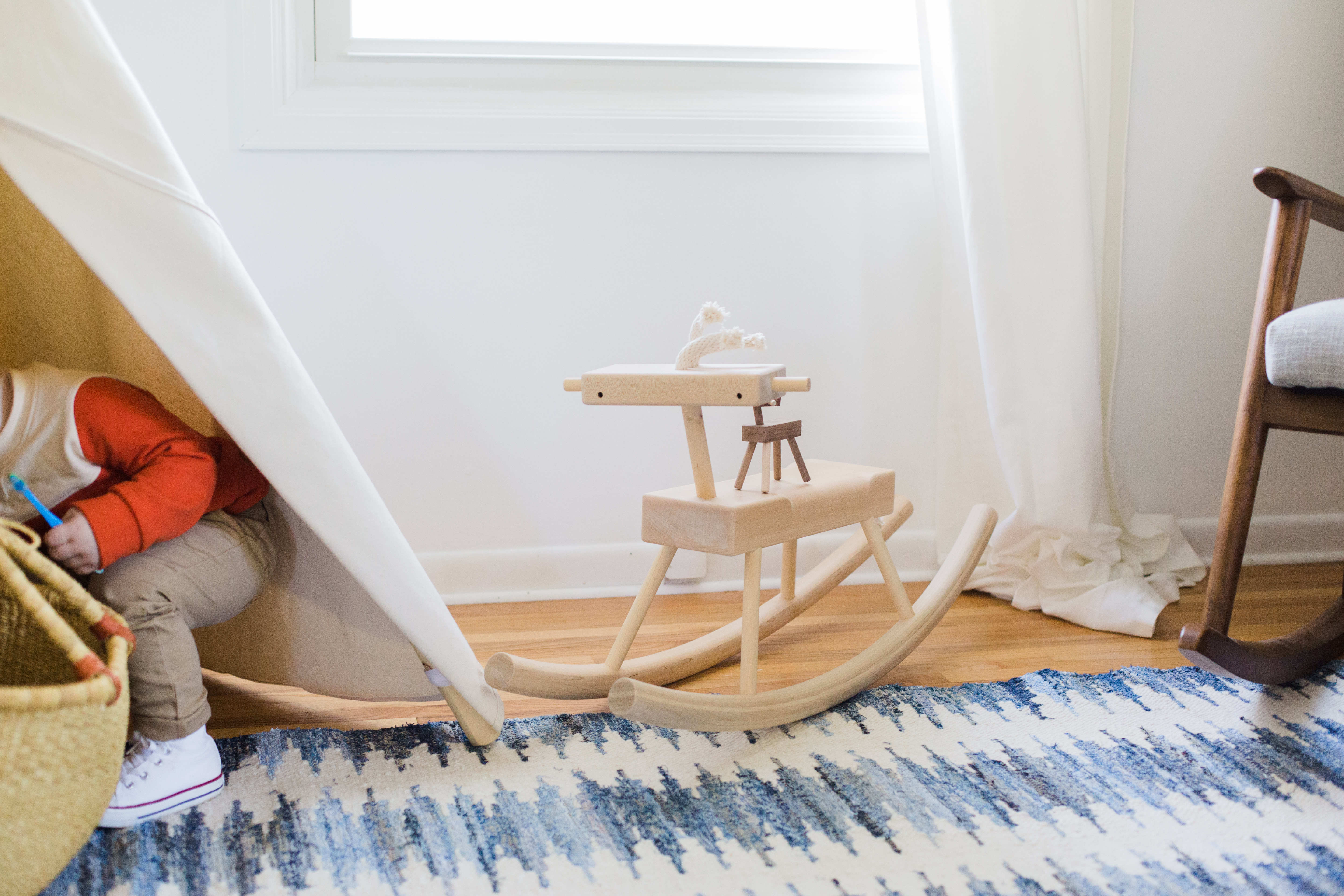 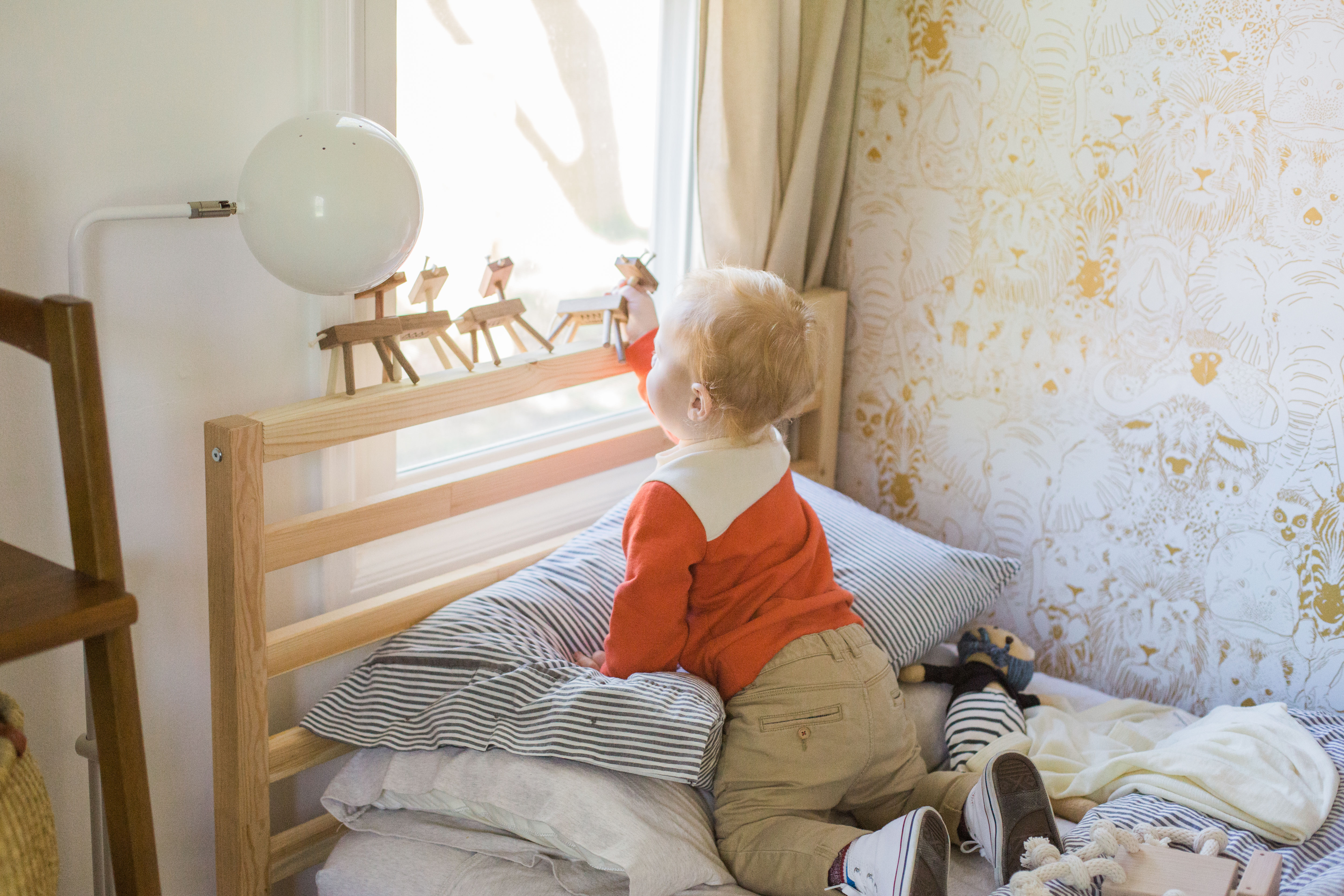