2014 flew by so quickly! Every time I flip my calendar to December, I can’t help but take some time to reflect on the design challenges and successes of the year gone by. I put a lot of focus on making sense of the sometimes awkward angles life (and architecture) has thrown at me—join me as I take a look back at 2014.

A perfect example of one of 2014’s challenges is The Stripe and the Whale project that I completed earlier this year. The space was dramatic but very untraditional with its sweeping, angular ceiling and small footprint. The uniqueness of this space became its most striking element. 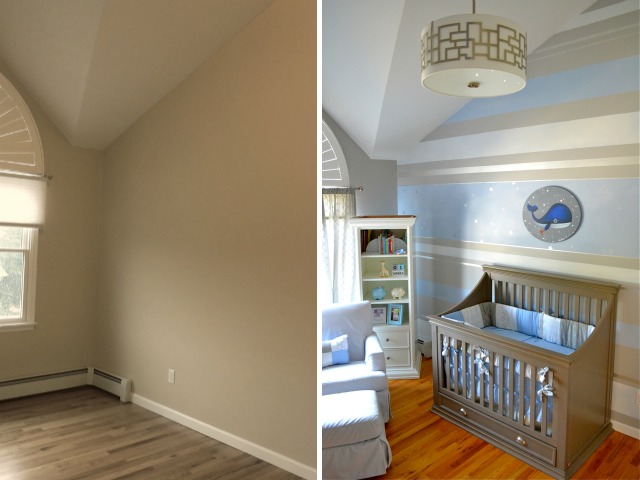 At the start of 2014, I set two personal goals for myself. The first was to focus on quality rather than quantity. My second goal was to not sweat the small stuff. Balance—in both design and in life—is hard to achieve. I find that if you listen to your gut and let it just happen, elegant and beautiful things will come your way organically. 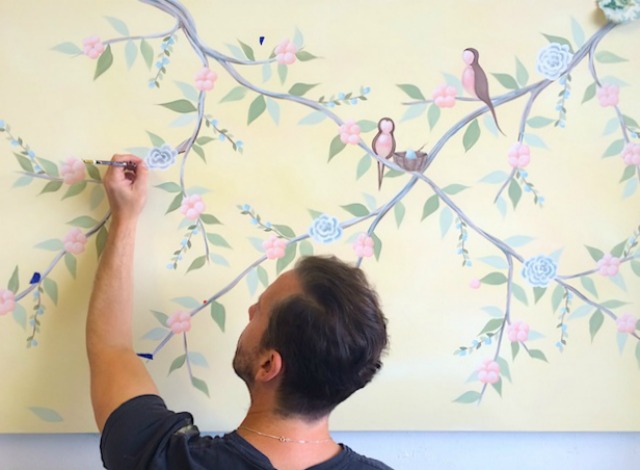 2014 brought my team and my work into many beautiful homes, and that is something I am very grateful for! However, one standout of the year was my work in one family’s home in Greenwich, Connecticut—we completed five separate custom art projects in this historic home last summer. Here’s a sneak peek of a mega-special design reveal to come in early 2015. Yes, unicorns and thousands of Swarovski crystals are involved! 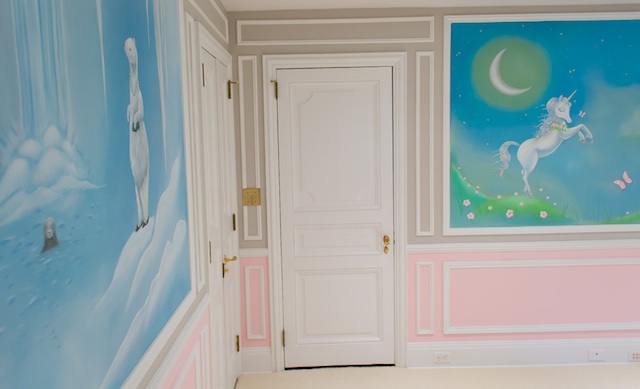 So what else can we look forward to in 2015? Crisp, modern graphic patterns have been very on trend for the past few years…and they aren’t going anywhere! Bold prints will continue to be very popular in 2015, but how can we push the aesthetic? What colors can we dip into that have been ignored? Is black (traditionally deemed as bad luck in a nursery) really now okay for baby? What do you think? 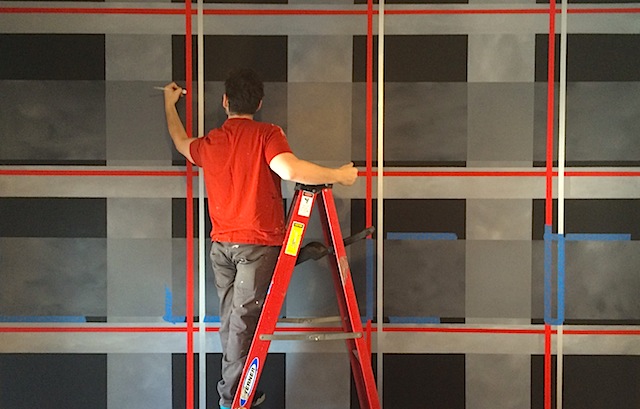 As I look toward 2015, one of the biggest design buns I have in the oven is The Playroom NYC, opening in early 2015—it’s an indoor play space and event venue in the heart of NYC! Check out some of the inspiration illustrations below—we’ll be giving the space a very stylish and modern look. Some of the projects we have in the works are a larger-than-life climbing structure, NYC’s first kid-scale play bodega (I like to call it the playdega), a skyline where YOU control all the buildings’ lights and many more super fly surprises. If you like sparkle, you’re in luck because in true Sam Simon style, tons of glitter and sparkle will be present. Hey 2015, I’m comin’ at ya, and I’m ready to play! 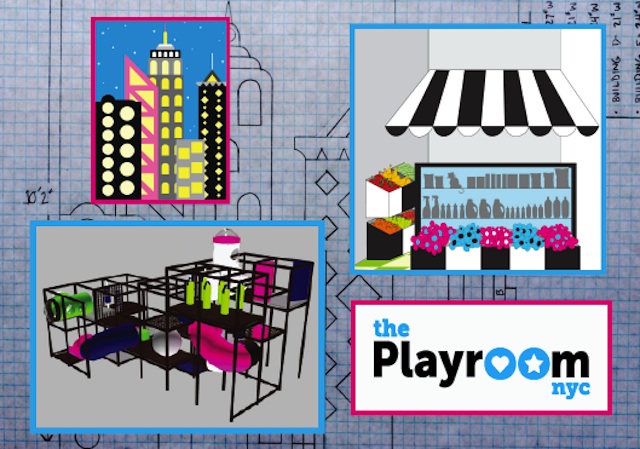 Wishing everyone a very happy holiday and a fantastic new year!

View all articles by Sam Simon