Every year we get a little excited about the announcement of Pantone’s Color of the Year. We have fun spotting the color pop up in fashion, design and, of course, nurseries in the following year. This year…let’s just say, we’re not so sure about 2015’s color of the year making it into many nurseries. What do you think of Pantone’s Marsala? 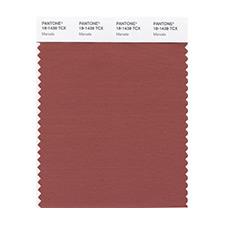 As far as nurseries go, we can get behind the Coral Reef (SW 6606) and Guilford Green (HC-116) selections from Sherwin-Williams and Benjamin Moore, respectively. Coral has been making waves in nurseries for the last couple of years. 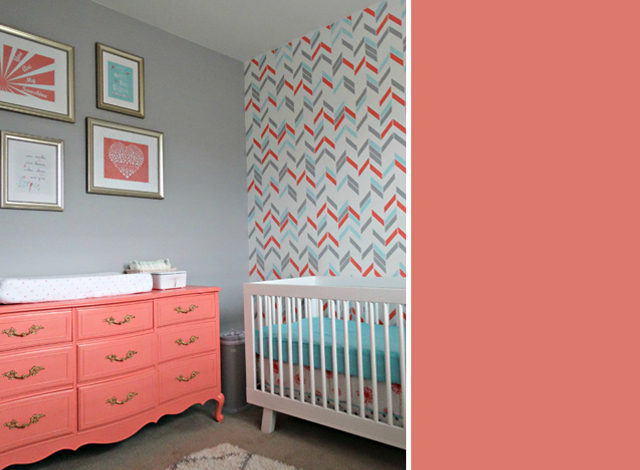 And after the hit that was (and still is) gray in the nursery, it only makes sense to start stretching that gray with a splash of color added in. 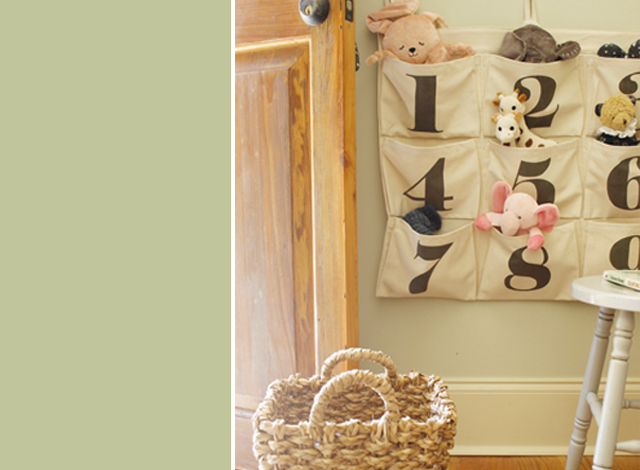 BM Guilford Green and a similar shade in The Schoolhouse Nursery

What do you think of these colors? And more importantly, what color is your baby’s nursery?