A few weeks ago we introduced you to the new children’s book Little Elliot, Big City. I recently added it to my kids’ library, and this week I’m giving you a closer look at the book and its hero, a lovable elephant, through my daughter’s eyes. But first, here’s a peek at the trailer.

This story tells the tale of an elephant named Little Elliot and his adventures in the city. He faces a number of challenges that he has to work to overcome, but he also finds some sweet surprises along his journey, like cupcakes. And behind the giant skyscrapers and overwhelming crowds, Little Elliot finds the sweetest thing of all, true friendship. 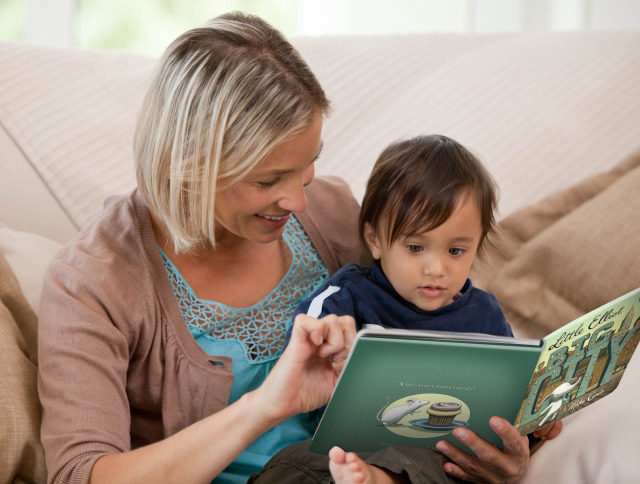 My five-year-old daughter instantly fell in love with Little Elliot, and I have to admit that he melted my heart as well. Although we live in the suburbs, Addison really related to Little Elliot. Her “big city” is the new school she is attending, and she is learning to navigate the world of Kindergarten. She’s faced a few challenges along her journey and is working on finding her way. I believe it helped her understand that not all of her days are going to be the “sweetest,” but in the end she’ll always have the friendships she’s made, and a cupcake at the end of a long day never hurts.

Mike Curato is the creator behind Little Elliot. He’s combined his skills from his days as a graphic designer with his love for illustration to create something magical. We’ve been advised to keep our eye out for what Mike has in the works—he’s certainly creating a buzz! Little Elliot, Big City is only the first book in a three-part series, and I promise, this charming character will leave you excited to follow his next adventure!

This post has been sponsored by Little Elliot, Big City,
but the thoughts and opinions expressed are my own.