Summer is here, and that means it’s time for the theaters to roll out the blockbusters! It also means there’s a lot of material out there for fun birthday parties, including the sequel How to Train Your Dragon 2. My kids were over-the-moon excited to have a party all about their favorite dragon, Toothless, and dragon rider, Hiccup! As we do for every licensed character party we throw, we decorated to evoke the feeling of the movie and its cast rather than relying on the pictures and images someone else drew. 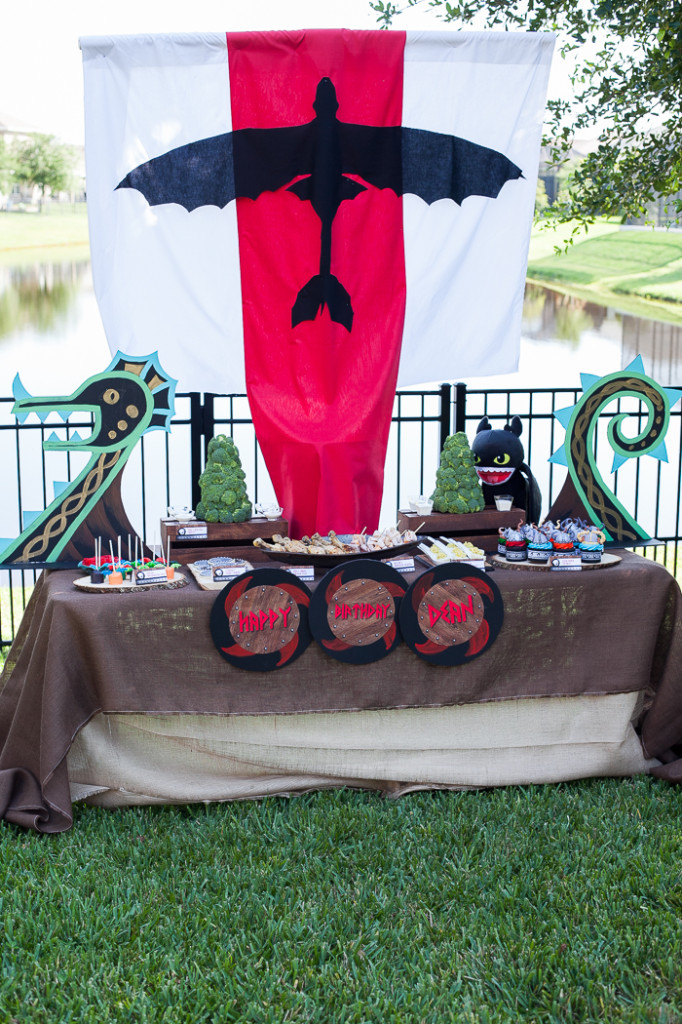 Our party centerpiece was our Viking ship dessert table. The party spread was equal parts healthy and sugar coma-inducing. We made broccoli trees that were displayed alongside some pretty fabulous cupcakes with Viking helmet toppers made by Tikkido. Sandwich skewers and baked chicken legs were a nice balance to the shield-shaped sugar cookies and dragon marshmallow pops. And the kids ate everything—even the broccoli! 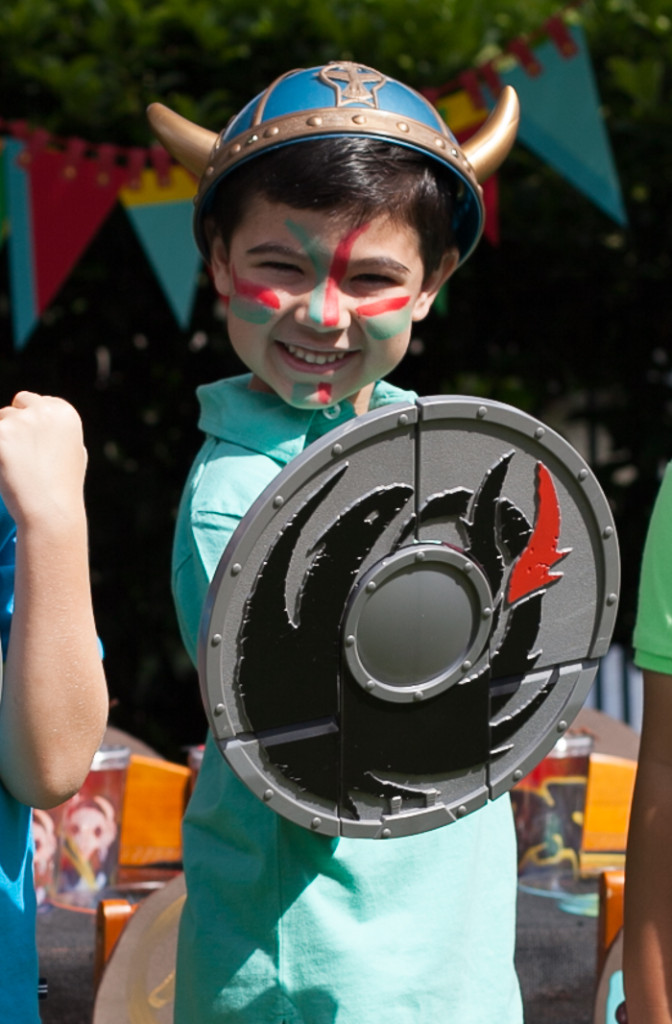 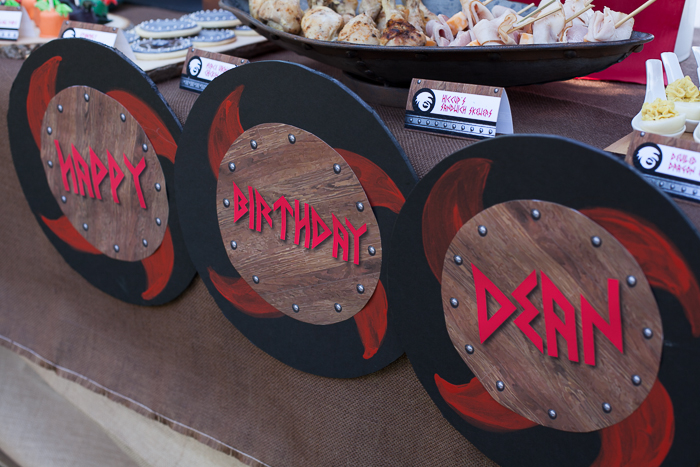 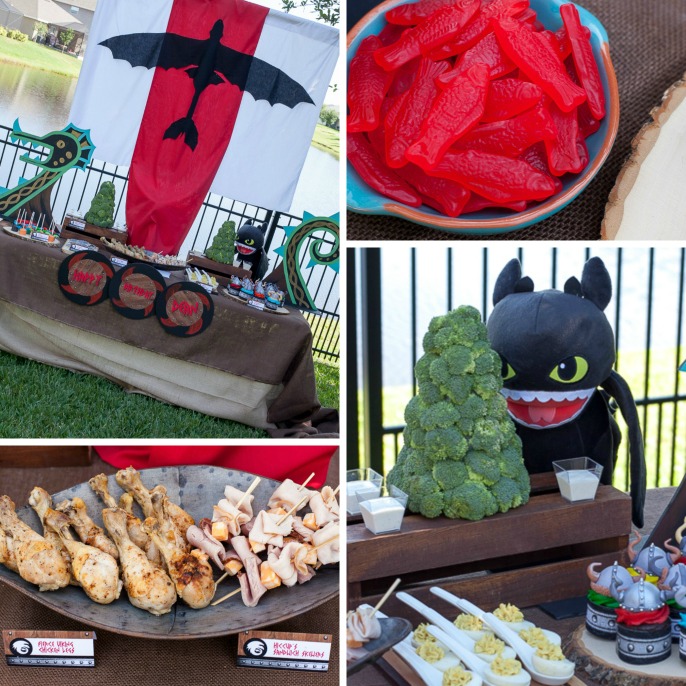 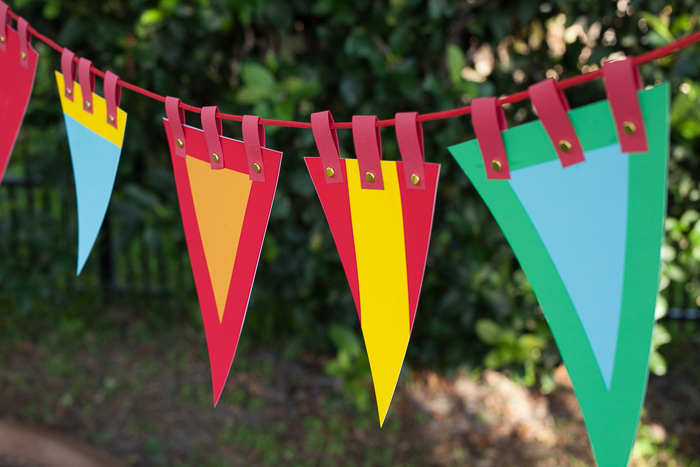 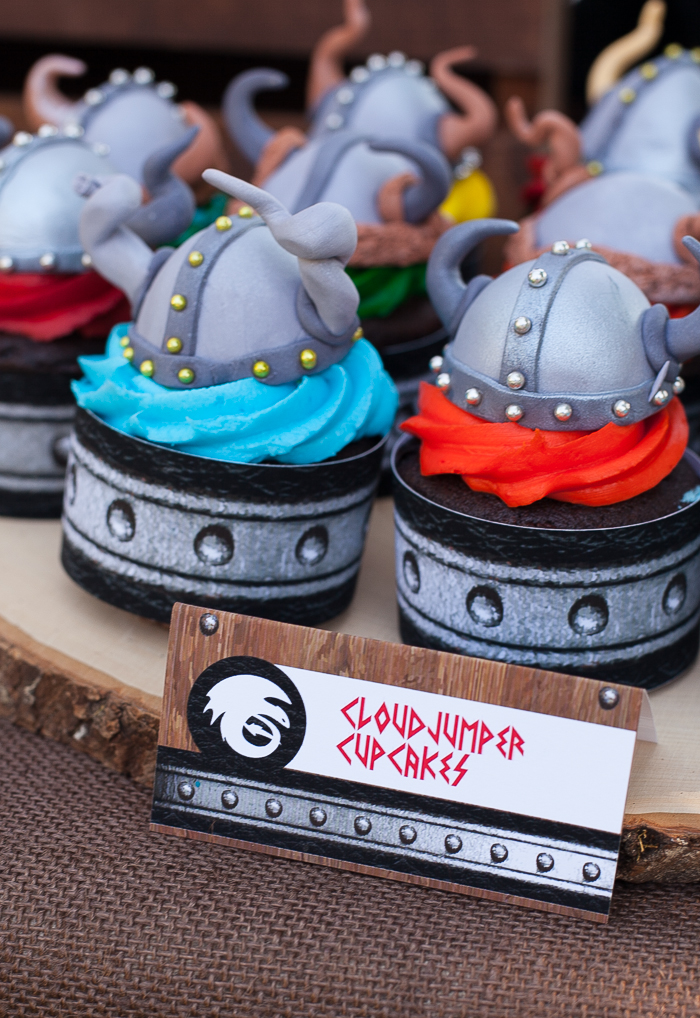 After our Vikings feasted, we had a few games for the kids to play. Just like in the movie, they participated in a dragon race on hobby horse dragons. It was as much fun for all of us onlookers as it was for the boys! 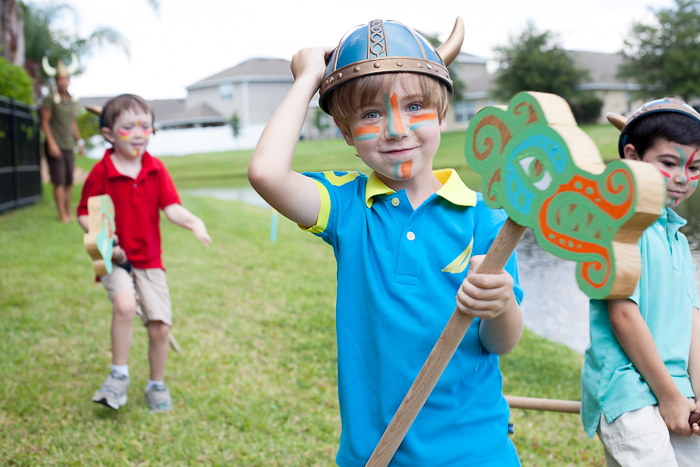 But the sheep toss was the favorite party game by far. Sheep with painted targets were hurled into each player’s basket at the other end of the yard. The black sheep was worth extra points! 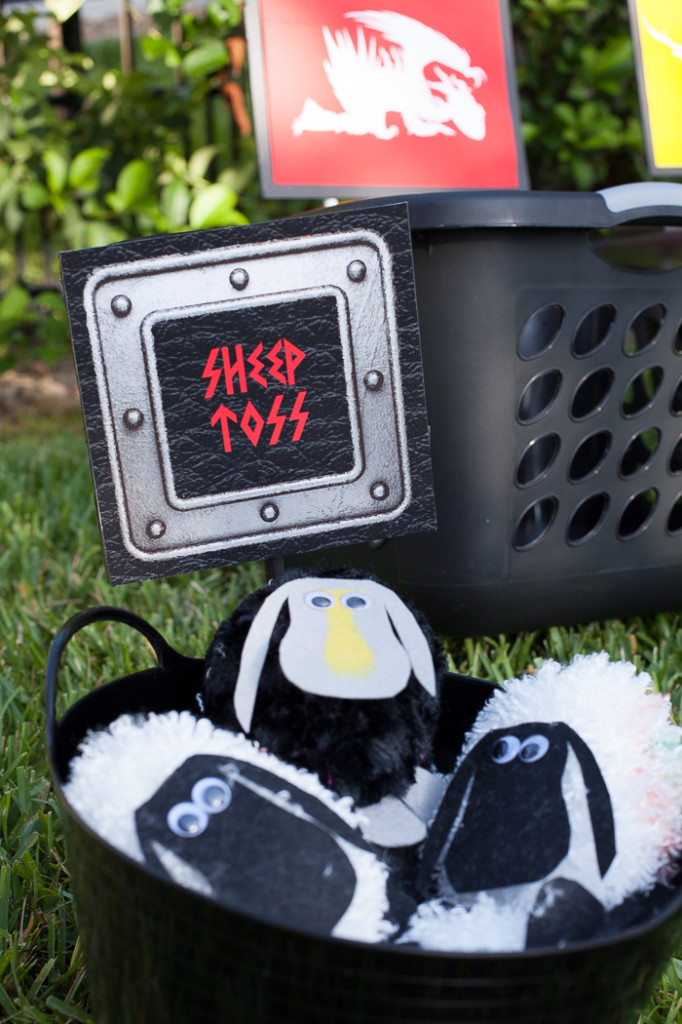 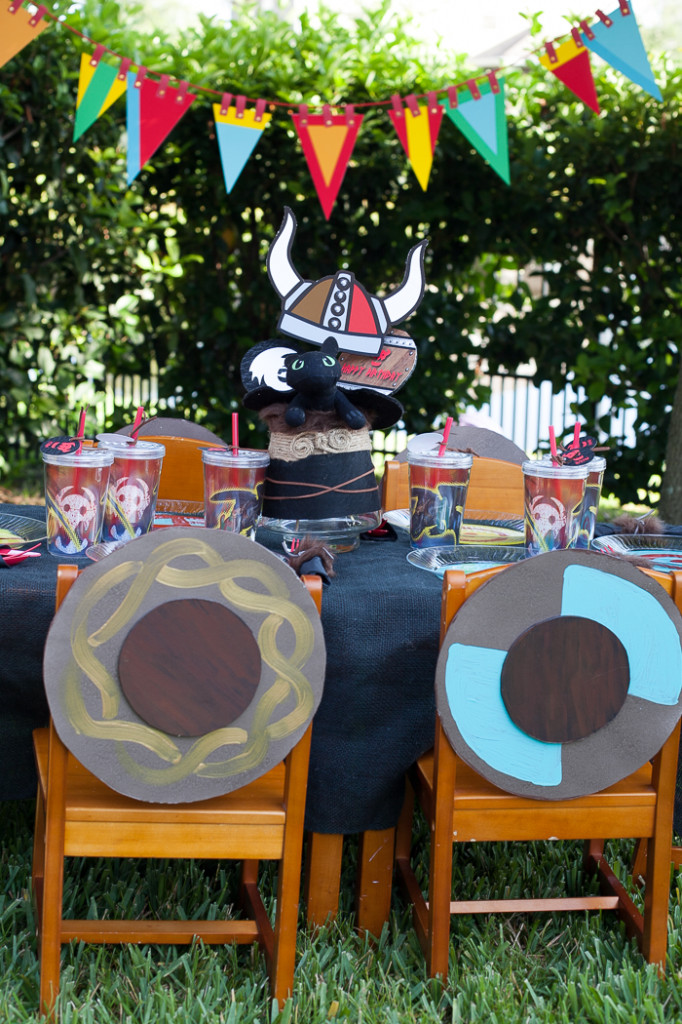 Each fierce little Viking went home with a specially-made, edible image lollipop from Lollipics. I provided the image, and Lollipics printed it right on each lollipop! It’s such a neat way to personalize a party. 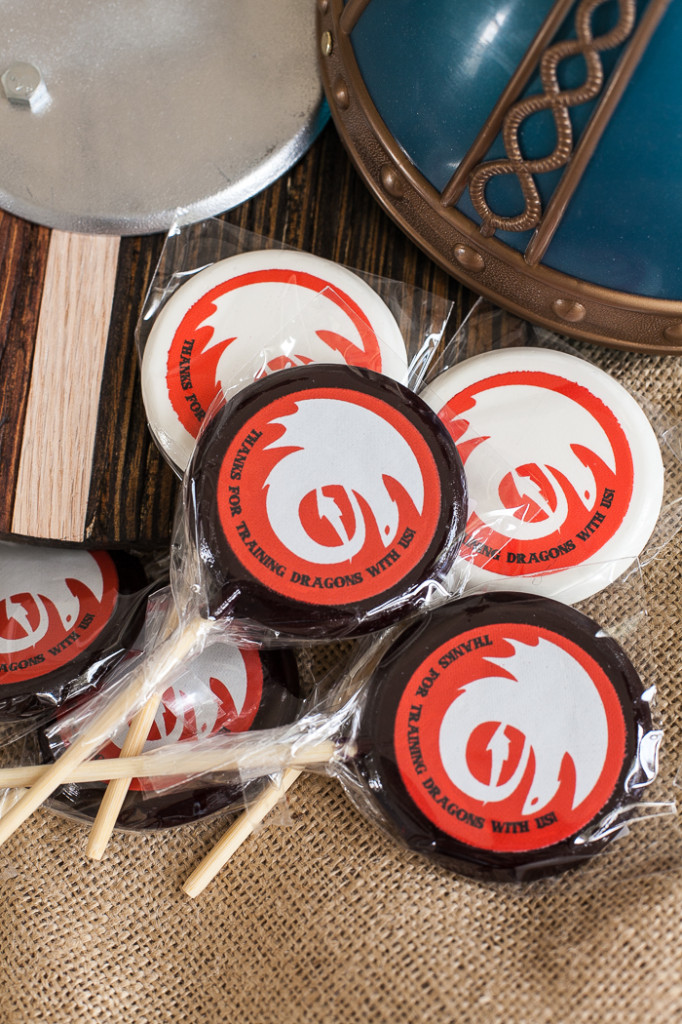 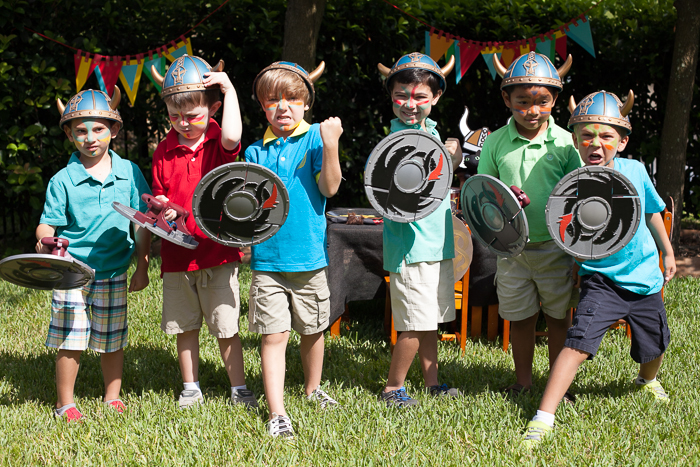 For more How to Train Your Dragon 2 birthday party pics, check out all the details here!

Paula is a party-loving mom of two terrific kids living on the sunny beaches of Melbourne, Florida. She is the woman behind the frog at Frog Prince Paperie, a printable party shop and blog dedicated to making parties magical!

View all articles by Paula