Brianne Manz, of Stroller in the City, had a serious design dilemma—how to squeeze a third child into their one bedroom NYC apartment. Project Nursery alongside numi numi design came to the rescue to conquer this common, urban-living dilemma. We cannot wait to reveal the finished room later this week. In the meantime, we wanted you to hear the story directly from Brianne.

When my husband, well, boyfriend at the time, and I moved to Battery Park City with our two little dogs, we never could have imagined that we would still be in the same place eight years later and have a third baby on the way. When we moved down here, it wasn’t because of the wonderful schools, neighborhood feel or for the amazing community that Battery Park means to us today. We simply moved down here from Chelsea and stumbled upon our BPC apartment because it was bigger than your average size one-bedroom apartment and had amazing views. 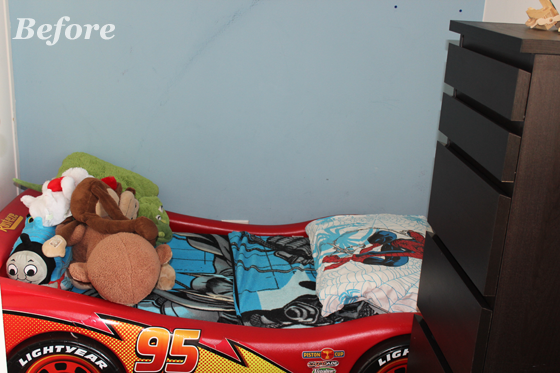 While pregnant with our first child, we looked to move out of New York City, but we could never find exactly what we wanted. We continued to look for months and finally exhausted the search when Ryder was born. He stayed in our room for about six months until we decided to build a wall in our bedroom dividing the space. Ryder went from a crib to a toddler bed in the same small room, and we fell more and more in love with our neighborhood.

When we were expecting our second child, we went through the same thing again and debated whether a house in the ‘burbs was the right choice for us. Until finally, I think we both (well, I) realized that suburb life just really isn’t for us. So when our daughter was born in 2011, we put Ryder’s old crib in our bedroom and that is where she slept until several months ago. We are very fortunate to have a living room on the bigger side, which we’ve probably changed around a million times, moving toys in and out to make room. 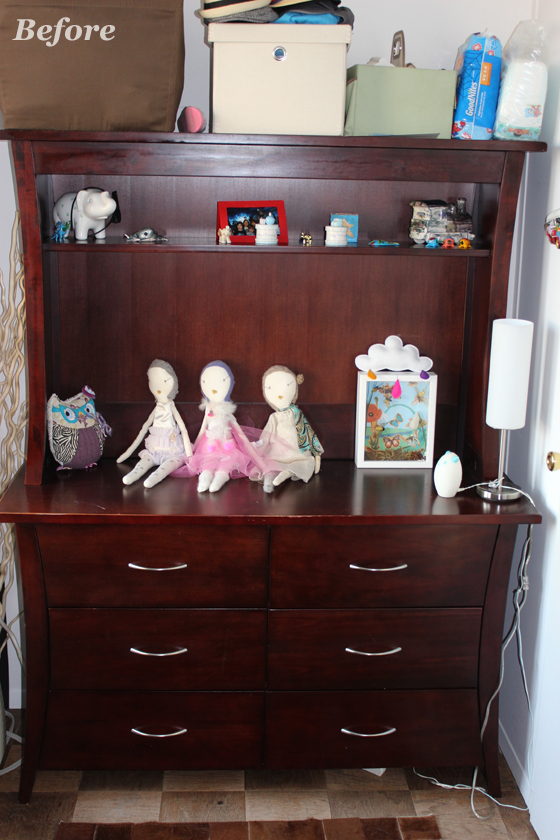 Now, with a third on the way, we didn’t waste time looking anywhere other than a couple of two-bedroom apartments in our same building, which ended up having much smaller living rooms. Instead, we decided to move the original wall we built in the bedroom even farther out to make room for all three kids. That’s when I turned to Project Nursery for some ideas on what to do with our living situation. I am very fortunate to have discovered amazing friends and resources through this blogging community. Melisa came to my apartment back in December and gave me a bucket list of things we should do in our new three kid room.

Stay tuned for the big design reveal! Do you have a major design dilemma?
Share it with us on Facebook today.

Brianne Manz is a former fashion showroom owner turned mom of three and blogger/writer. Her blog Stroller In The City boasts about kids fashion and all things mommy.

View all articles by Brianne Manz