The internet can be a helpful tool when designing your nursery, but it can also be overwhelming. Between posting, pinning and tweets, it’s hard to know where to start. Join Pam and Melisa this evening, June 26th, at 6pm PDT/9pm EDT, for a Twitter Party. The Project Nursery duo will be tweeting and answering questions about how to use the internet to inspire your nursery design. Throughout the hour, five lucky partygoers will win $50 Amex gift cards from NoJo. 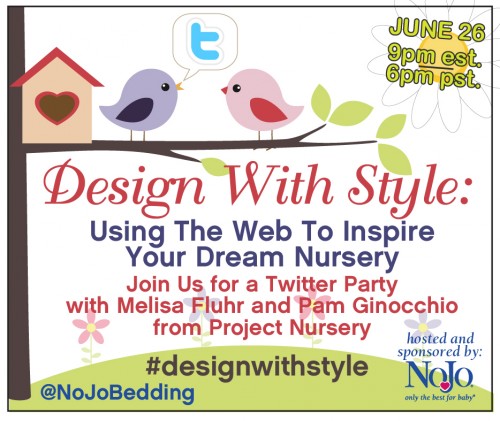 RSVP: Submit your RSVP starting now until the start of the party (details below).

1. RSVP by commenting below with your Twitter name. This makes you eligible for prizes at the party.