Christmas takes on a whole new magic once you have kids, and watching them experience the season with wide-eyed wonder is more fun than a whole boatload of mistletoe. And since I like to keep all those photos of my awkward (Dorothy Hamill haircut) childhood years under lock and key, I don’t have a childhood memory to share. So I’m going to share my favorite gift given to my son on his very first Christmas that brought me some of that Christmas wonderment! 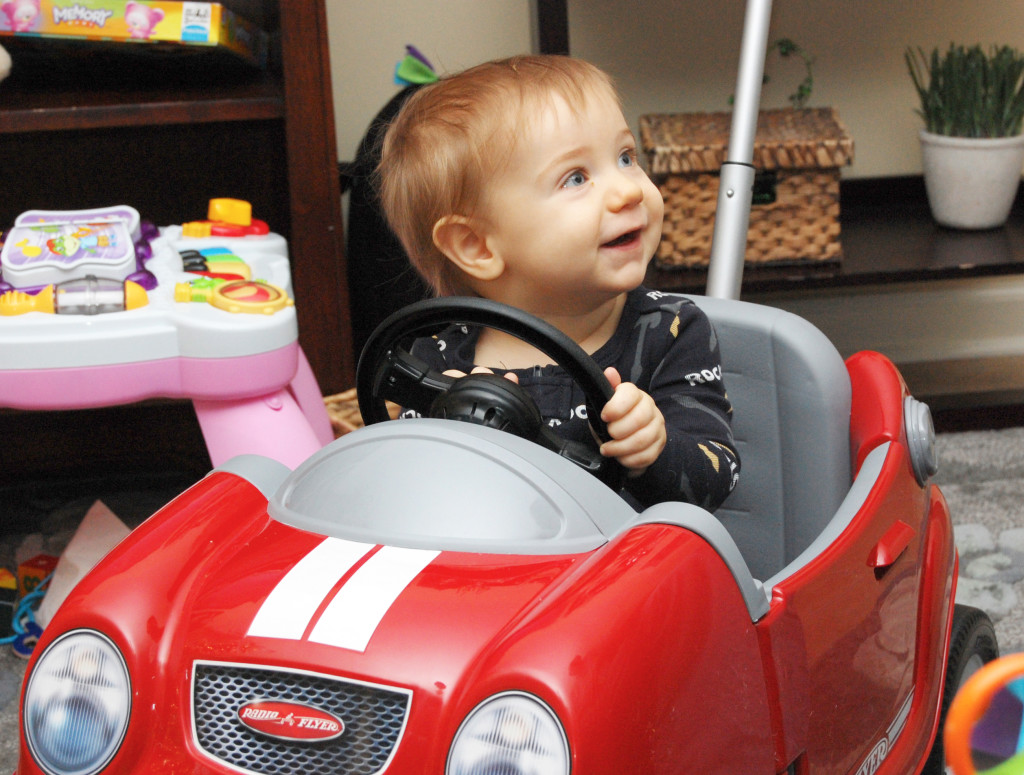 The giddy excitement in my nine-month-old baby’s face when he crawled out to the Christmas tree was pure and total magic for me. His perma-grin made the absurd hour we were up to see Santa’s gifts worth losing a few hours sleep.

The minute Brennan spotted his shiny red Flintstone-style Radio Flyer Sport Coupe, he was in love. I swear for days after that he and the car were inseparable; his sister sped him around the house while he pushed all the buttons on the dash. The car was his favorite mode of transportation for cruising for babes (babies) in the neighborhood and for pushing around the house while he learned to walk. It’s the toy the kids always fight over at playgroup.

Two years later, Brennan is still in love with his first set of wheels, even though he no longer needs mom to help him move it around. And I love how thrilled he remains with his gift. 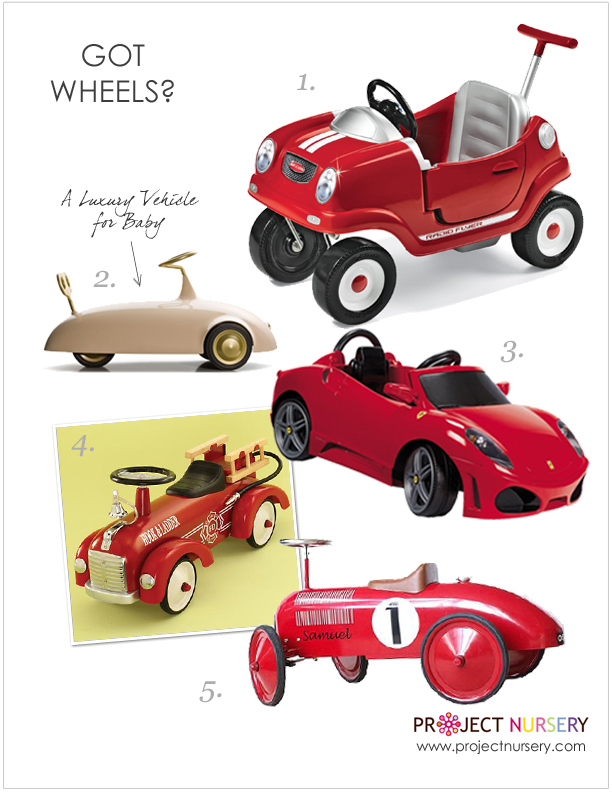 Paula is a party-loving mom of two terrific kids living on the sunny beaches of Melbourne, Florida. She is the woman behind the frog at Frog Prince Paperie, a printable party shop and blog dedicated to making parties magical!

View all articles by Paula