The holidays are filled with traditions, and I’m pretty sure none of them are as rewarding as this one. Meet Elf on the Shelf, the most magnificent behavior bribery tool for the holidays EVER. If you haven’t heard of him, he’s this little elf (based on the tradition Carol Aebersold began with her family in the 1970s), who comes with a cleverly rhymed children’s book explaining how Santa knows who’s naughty and nice.

The book explains that the elves keep an eye on the children, and then each night they magically report to Santa. And if you think the threat of a little elf (who, by the way, the children can’t touch, name themselves, and he mischievously relocates himself every morning) doesn’t affect your children’s behavior, oh, you are soooooo wrong. It’s brilliant. 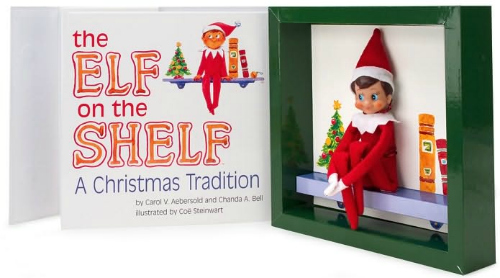 Since first being introduced to this little elf last year (ours is named Alvin), I’ve learned that there’s an entire community surrounding him—parents, who go above and beyond the boring moving of shelf to shelf and actually create adorable scenes for the Elf. Thankfully, I’m not the only parent dying to bring him out the day after Halloween, too. (Gotta get the full benefits of this little guy!) 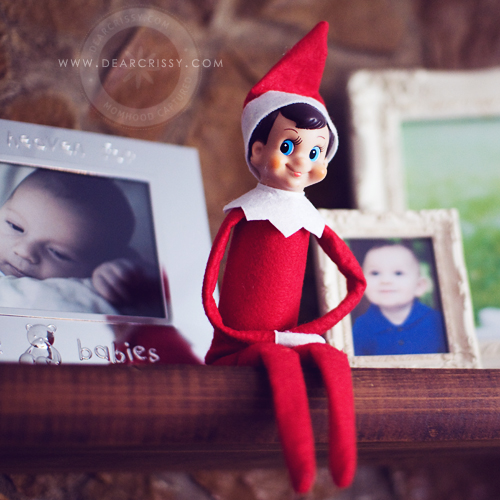 And let me tell you, it’s hard to remember to move that little guy every morning, especially when “Alvin” had two glasses of wine last night. Apparently, this year I need to up my elf game. Here’s some of my favorites… 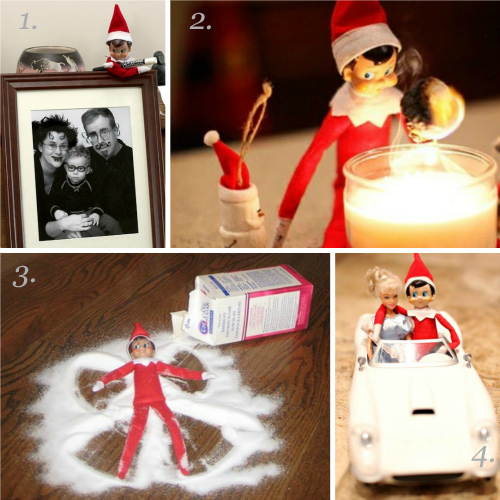 1. A creative elf by beatrice.killam (he drew mustaches & glasses on the family photo)! 2. An elf making smores by Jen McKen 3. An elf snow angel by rubyandmyrtle 4. An elf with his new girlfriend by Jen McKen (my 3 year old daughter would LOVE this)

And, if you are still looking for more ideas, check out my “Elf on the Shelf Ideas” board on Pinterest. Now, if they would only come up with an elf for every other month of the year, I’d be one happy mommy.

Katy lives in San Antonio, Texas with her three kids, Cade, Ashlyn, and Lila! She is the designer behind Caden Lane and is a self-proclaimed workaholic who loves anything that has to do with design, textiles and babies.

View all articles by Caden Lane